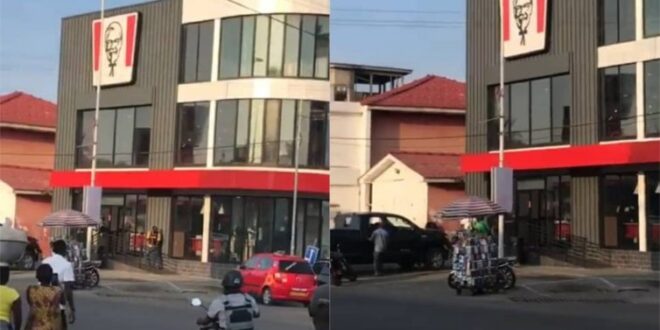 Osu KFC operation was a covert one against suspected criminals – Police

The Police Service says a spectacle witnessed on Oxford Street in Accra on Tuesday, which many have described as horrifying, is part of a covert operation.

According to the Service, the Anti-Armed Robbery Unit of the Criminal Investigations Department (CID) stormed the area based on intelligence about some suspected criminals.

On Tuesday, September 7, social media was rife with commentary about some disturbing visuals from the Osu branch of KFC, where some gunmen seemed to have taken over the premises.

Videos that went viral depict gun-wielding personnel moving stealthily in and out of the eatery.

In other footage, a group was being walked out of the restaurant, but it was unclear what the reason was.

The development left passers-by and business owners in the area alarmed while others stood at a distance while the drama unfolded.

KFC Ghana has already reacted to the incident, explaining that its staff members are safe.

In a tweet on Wednesday evening, the eatery said an “alleged suspect entered the restaurant, following which the police was called.”

“The suspect was apprehended by the police, and no staff or customers were injured during the incident,” they said on Twitter.

The Police confirmed that no casualties were recorded during the operation.

In the September 8 statement, the Command further assured the public of its commitment to rid the city of crime and its associated activities.