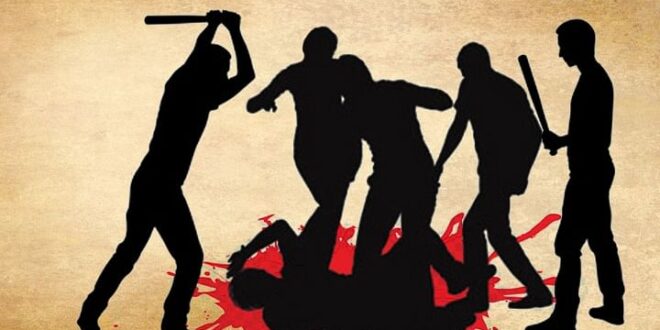 Akro Senior High Technical School at Odumase-Krobo in the Eastern Region has been temporarily shut down after some residents attacked students over the lynching of a suspected thief.

The decision to close down the school was taken after school authorities and officials of Ghana Education Service met with the Paramount Chief of the area, Nene Sackitey.

Some students, after the decision was communicated to them, were seen leaving the campus with their luggage.

This comes after some students of the school on Friday, January 21, arrested and physically assaulted two persons who invaded their campus until they fell unconscious.

The suspects, namely Sackitey Emmanuel Kpabitey and Odoi Solomon, were rushed to the St. Martin’s De Porres hospital by five Police officers who intervened after the headmaster of the school called the Police.

JoyNews has learnt that Unfortunately, Sackitey Emmanuel could not survive the effect of the attacks and was pronounced dead on arrival by health authorities.

The other victim of the attack, Odoi Solomon, survived but is in critical condition at the same facility.

The body of the deceased has been deposited at the hospital morgue for autopsy.

Following the incident, armed residents, who claim the duo were innocent, stormed the school premises and attacked some of the students amidst the pelting of stones.

Odumase-Krobo District Police Commander, Superintendent Doris Grant explained that she dispatched some Police officers to the school to save the situation.