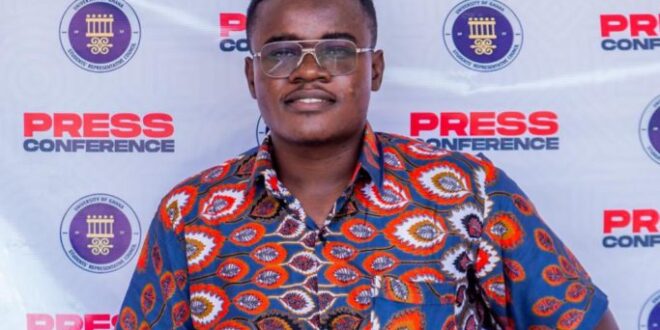 Ag. UG SRC President accused of conflict of interest ahead of general elections

The political atmosphere at the University of Ghana keeps getting tense as students prepare to elect new executives for the Students’ Representative Council (SRC).

With barely a few days to the conduct of elections, the Acting President of the Council, Kwame Amo Ntow Fianko, has been named in an alleged conflict of interest situation for illegally approving invoices from two software companies.

The companies are to offers services of overseeing and executing online elections for the SRC.

The SRC Executive Committee, on September 15, 2021, directed only the Electoral Commission to open tender and receive invoices from software companies interested in running the 2021 SRC online elections. Subsequently, five tenders were received and submitted through the office of the Dean of Students to the Logistics Directorate.

According to the EC, “the Dean acknowledged receipt of the letter, appended his authority and was forwarded to the Logistics Directorate on 20th September 2021.”

But on September 24, 2021, one Banning Clinton, Acting President of the City Campus SRC, sent a letter through Kwame Amo Ntow Fianko to the Logistics Director for approval. The Director, sensing fraud, refused to approve the said letter.

The Dean of Students Affairs, Prof. Godfred Bokpin, knowing that only the EC has been authorised to receive and approve invoices, allegedly went ahead to approve the said letter.

A statement released by the Office of the Electoral Commission noted that a letter it wrote to the Dean of Students asking him to prevent the SRC Presidents from interfering in the electioneering process has since not been responded to.

“The Commission sees the actions of the Ag. SRC President as grossly interfering in the works of the Commission and an apparent reflection of a conflict of interest,” part of the statement dated September 30, 2021, said.

Taking into account previous resolutions made by the Executive Committee of the SRC, the Dean of Students later asked that the EC submits news roadmaps to determine the continuation of the procurement processes.

Firstly, the EC asked EXECOM to allow the procurement process to continue on the condition that the two other companies the Ag. SRC President submitted to the logistic directorate be unconditionally reversed.

The Commission also submitted that the University of Ghana Computing Systems (UGCS) should be permitted to run the online elections.

“To our utmost shock, the Ag. SRC President, who happens to be the Chairman of EXECOM, never entertained any motion from EXECOM members to decide on any of the two roadmaps the Commission submitted to members of EXECOM,” the EC has bemoaned.

With issues vote-rigging everywhere, the Electoral Commission says it will not be influenced by actions of the Acting SRC President but will ensure that a free and fair electioneering process takes place legitimately.

The 2021 University of Ghana SRC election was earlier scheduled for Friday, October 1, 2021, however, the delay in software procurement processes led to the postponement of the elections indefinitely.

The Electoral Commission is yet to announce a new date for the elections.