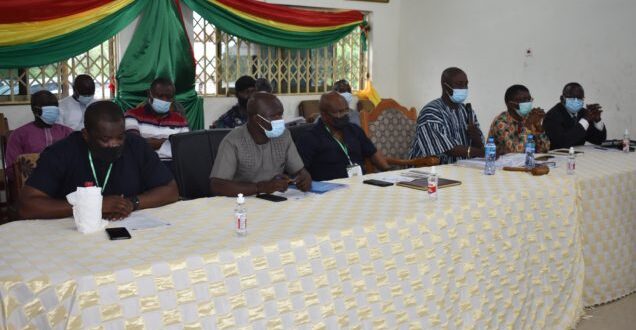 The Adaklu District Assembly in the Volta Region has out rightly rejected the President’s District Chief Executive nominee, Phanuel Kadey.

9 out of the 19 assembly members who voted endorsed his nomination while, 9 voted against him. There was one spoilt ballot.

Mr. Kadey polled 47.4% of the total, hence does not stands a chance of presenting himself to the assembly again for a confirmation process, but could be re-nominated by the President.

He becomes the first nominee to be rejected out of the 18 announced. 7 of them have been endorsed so far.
Mr. Kadey, who is said to be the ‘darling boy’ of the Volta Regional Minister, Dr. Archibald Letsa, had already served a term, where he initiated various development projects.

He is believed to be one of the best individuals to serve in that office by harnessing development to the district which is densely populated with rural areas.

She polled 10 votes in her favour against 12 ballots objecting her nomination.

Per the standing orders, she can be presented to the assembly to be confirmed or rejected since she had more than 50% of the total votes.

Meanwhile, the Ho Municipal Chief Executive nominee, Divine Bosson, was endorsed by 85.7% of the assembly.

He has thus promised to operate an open and participatory administration towards developing the municipality which harbors the regional capital.

He promised adopting a collective approach, where he would consult with stakeholders is mapping out strategies to resolve challenges of the municipality.

He outlined poor waste management as a thematic area to fucus on, by championing a behavioural change campaign among others to eradicate the canker.