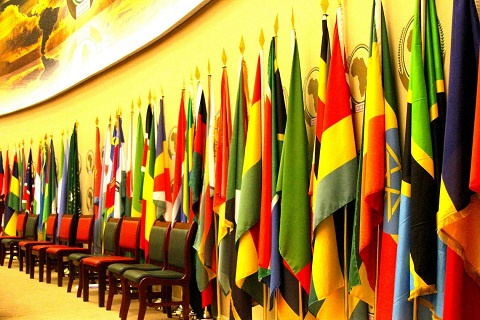 Today 25th May, 2022 marks another milestone in the annals of the African Continent. The day christened African Unity Day or Africa Day is celebrated annually to commemorate the founding of the Organisation of African Unity, now the African Union in 1963. The day also provides an opportunity to celebrate the socio-economic achievements of the Continent.

The 2022 theme is “strengthening resilience in nutrition and food security on the African continent: strengthening agro-food systems, health and social protection systems for the acceleration of human, social and economic capital development”.

According to the AU, this year’s theme aims to maintain a strong political momentum on nutrition across the African Continent.

It adds that it is a unique opportunity to strengthen continental commitment to end malnutrition in all its forms, as well as improve food security through some strategies. The AU could not have chosen a better theme, considering the odds that are stacked against the Continent in achieving food security and nutritional needs.

It is a commendable initiative but would require a very strong commitment to ensuring that the lofty standard set becomes a social reality. The Continent is undoubtedly blessed with natural resources including arable lands for cultivation. But it has been threatened by some challenges that threaten these aspirations. They include; drought, erratic rainfall patterns, climate change, floods, civil unrest, prolonged conflicts, and in recent times Covid-19, and the Russian/Ukraine conflict that further cast a dent on gains made in facilitating the nutritional needs of the people. There is serious malnutrition needs at the horn of Africa, which has been plagued by drought and conflicts. Current examples are not far-fetched. The Tigray region of Ethiopia which has witnessed battles between government and rebel forces for some time now hosts thousands of homeless and malnourished persons. Sometimes, it takes the intervention of the United Nations to call for a cease-fire in order to send food and other items to these persons in dire need of those.

Covid 19 also brought in its wake a host of challenges which shifted the attention from core matters that ought to be tackled with resources available which were channeled into vaccine procurement and other interventions.

As the Continent ponders over how to enhance the nutritional needs of its people, governments must prioritize homegrown agricultural policies on domestication, and reduce the importation of commodities that sometimes are cultivated in these countries, but on low scales. This can help in rescuing the local currencies from further depreciation.

African leaders must not lose sight of emerging trends of terrorism and violent extremism that are gaining notoriety in recent years.

These have the tendency of causing damage to good governance, peace, security and human lives that cannot be quantified.

Also, the scourge of military adventurism through Coup d’etats especially in West Africa gives cause for concern.

Even as we condemn military takeovers, civilian authorities must also unfriend greed, looting brigades, altering constitutional provisions to extend tenures and other practices that give tonic to such retrogressive experiments. African governments must accelerate the implementation of climate change adaptation strategies. Recent floods in Mozambique and South Africa clearly indicate that the phenomenon constitutes a grave threat to food security and nutrition.

As the Covid exposed the economic vulnerability of African countries, as well as weaknesses of their health systems, so is the Russia/Ukraine conflict impacting negatively on African economies. The escalating prices of oil, and flour among other commodities are a testament to the negative impact of the conflict. This is an avenue for African countries to strategies and implement alternative policies to reduce the over-dependence on foreign aid and importations in order to insulate themselves from the effects of these unanticipated events. It is also imperative for African countries to explore sustainable means of promoting nutrition. The African Continent is indeed blessed to chart its own path to development.

But alas, poor, myopic visionary leadership, greed, and underdevelopment have become its bane. Many would argue that the day is not worth observing because what is being witnessed was not part of the script chronicled by the founding fathers of the African Union.

The challenges being experienced require a greater commitment from all to surmount. From leadership to the ordinary man. But if the status quo remains, the future of the continent looks more gloomy. Our forebearers laid the foundation which has witnessed generations try their best to construct the superstructure. What legacies are the current generation bequeathing to posterity that they would be proud of? Will they be proud, appreciate and even boast about them? Let us ponder awhile.

Happy Africa Day to us all!