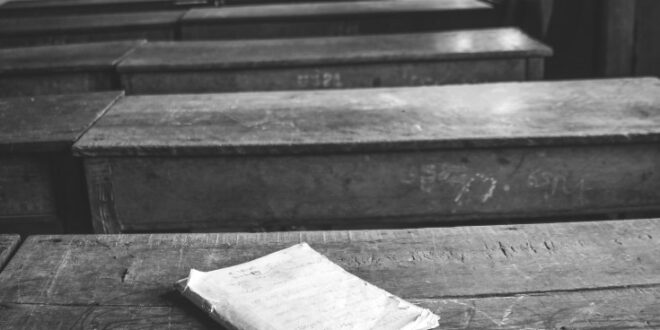 Striking school cooks in Ghana want a year’s backdated salary and an increased feeding grant. Caterers blame soaring prices on the war in Ukraine. Millions of children will not be fed until the issues are resolved.

Members of the Ghana School Feeding Program (GSFP) began strike action at the beginning of May.

The ongoing strike action means that millions of pupils are going without food — at least until the government gives in to the demands of the striking caterers.

At the Kogni primary school in Tamala, Northern Ghana, the pupils’ usual playful energy has become noticeably subdued because of their hunger.

“Sometimes we come to school without food and our parents do not give us money,” said 14-year-old Dempuyet Mercy who has been receiving meals from the government’s school feeding program for 10 of the 17 years it has been in existence.

For each warm meal Dempuyet eats, the government pays about 1 Ghanaian cedi (US$0.13 cents, €0.12 cents). The School Feeding Caterers Association wants an increase of 3 cedis per meal.

“We are not going to cook until we hear something from them,” the association’s chair, Juliana Cudjoe, told local radio station Joy News. “We need our payment — and we want an increment too.”

In addition to their demand of an increased feeding grant, the association wants the government to pay a year’s backdated salary to their members.

When the strike came into force, the government organization that oversees the Ghana School Feeding Program (GSFP) issued what many described as “out of touch with reality” press statement, ordering the caterers to go back to their kitchens.

The caterers ignored its demands and went ahead with the strike action.

The exact reasons for the sacking was not mentioned. But in September 2021, Ghanaian President Nana Akufo-Addo said he had asked the finance ministry to transfer 31 million cedis (US$4 million, €3.7 million) to the GSFP.

However, the caterers’ association claimed the GSFP still owes them about a year’s salary.

Effects of poverty and malnutrition

Children are bearing the brunt of the strike.

“We drink water before going [to school] and your stomach pains. But you have nothing to do. You have to take it like that,” explained Dempuyet.

She is supposed to be in Junior Secondary School 2 at her age. But instead, she is among those whose parents cannot afford to send them to school.

The government’s feeding scheme was meant to attract children like Dempuyet to school, even if it is only for the warm meal.

Ghana had been struggling with low school enrolments, especially in poorer communities due to extreme poverty and malnutrition.

The idea of providing meals for early graders started in 2005. Even though it was well received by many, there have been widespread accusationz of corruption at the GSFP — ranging from supplying unhealthy meals to non-payment of wages to caterers.

“They owe us, so we want them to do something about it for us,” Christiana Dery told DW.

She was the only caterer who agreed to speak to DW. Many others feared that the GSFP could single them out for speaking to the press and take their contracts away.

“You cannot be working and you don’t get what you are working for,” Dery added.

An impact of the war in Ukraine

The School Feeding Caterers Association had been threatening for some time to strike.

Dery told DW that the last straw was the increase in price of groceries due to the war in Ukraine.

“Nowadays things are hard,” she said.

“When you go to the market, you cannot get food to buy for even 1 cedi, let alone 0.97 pesewas. So we are demanding that the increase should be 3 cedis per child.”

An estimated 4 million school children in 11,000 public schools across Ghana are missing out on their free school meals because of the strike.

“The government, at this critical time of our children’s education, should do everything possible to provide the funds that makes it possible for the policy to be implemented, for the matrons to return, and for children to be in school as expected,” said Agnes Gandaa, who works at the Integrated Social Development Center in Tamale.

Until the government is able to get the caterers back in the kitchens, the pupils at the Kogni school will continue to watch their food bowls sitting empty in the schoolyard.