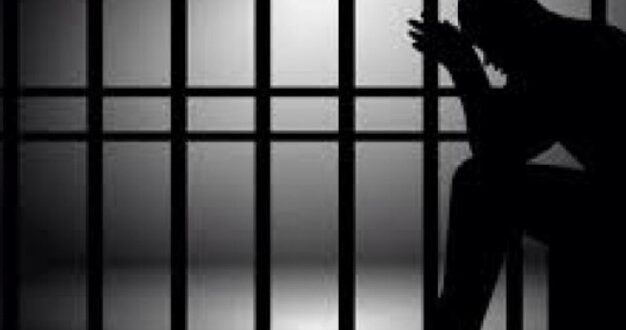 64-year-old farmer has been jailed 10 years in hard labour for raping her 30-year-old daughter and having two children with her.

Gideon Hamenu is said to have divorced the mother of the victim, with whom he had two children. Gideon requested that the victim remained living with him.

In 2018, Gideon forcefully had sex with her 30-year-old daughter which resulted in the first pregnancy. According to the fact sheet, he threatened to kill his daughter if she mentions their amorous relationship to anyone.

However, Gideon’s landlord, on whose cocoa farm Gideon is a farmhand, became suspicious and questioned him about the father of her daughter’s child.

This question according to the prosecutor, Williams Agrah, generated some violent reaction from Gideon towards his landlord. This compelled Gideon to relocate from Apusei to Bowri all in the Jasikan district.

While at Bowri, the incestuous relationship continued, for which the victim was not happy thus confided in an elderly person in the community. Gideon was offended and threatened to kill her daughter or the elderly man.

This development incited the elderly man to report the case to the Police for Gideon’s arrest.

He was arraigned before the Jasikan District Circuit Court where Gideon pleaded guilty to all three charges of rape, incest and threat of death.

Although the Court held that Gideon is a first time offender, he was jailed ten years each for the first and second charges and five years for the third charge. He will serve them concurrently. That means Gideon is expected to be out of prison by the end of the next ten years.

The Court held that proceeds from his Cocoa farm be used to look after the children he had with his daughter.

The Court also asked the Social Welfare Unit in Jasikan to take charge of the lady and her children for proper resettlement.