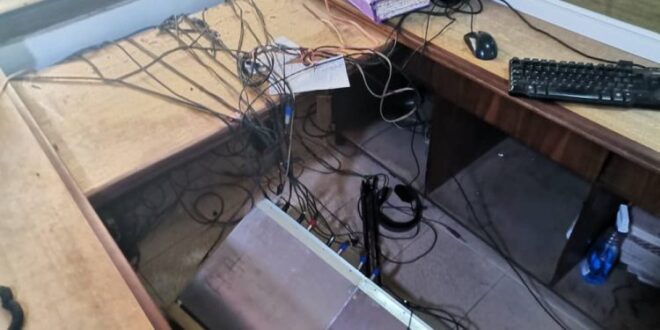 The Management of Radio Ada 93.3 FM says they were attacked because of their extensive coverage of issues surrounding the Songor Lagoon.

In a press statement to present the facts of their attack, they stated that one of the hoodlums who had attacked them had revealed to them that they were targeted for throwing light on recent development on the Songor Lagoon.

“The attackers openly declared that they had come to vandalise the station because of its Manor Munyu and other programmes discussing the recent developments in Songor. They threatened to inflict further havoc should the station continue with programmes on Songor,” the Management of the radio station stated.

“The attackers, one of whom was armed with a pistol, invaded the on-air studio by forcibly destroying its door. They beat up the presenter and vandalised the on-air studio equipment, leading to the temporary shut-down of Radio Ada,” the station recounted.

During the havoc that ensued, two staff of the station were held hostage.

According to Management, the attack has been reported to the Big Ada police for further investigation to be carried out.

The incident has also been reported to the National Media Commission.

Meanwhile, the presenter who was assaulted has since been sent to the Ada East District Hospital for treatment.

The Management further mentioned that in the wake of the attack, the radio station will be shut down for a few days, starting Friday January 14, to enable it review and repair the damage caused.

“This announcement is being made to ensure that the facts of the attack are reported accurately and timeously. This announcement, interspersed with music, will be the only broadcast that Radio Ada will be making today,” the station stated.

Management of Radio Ada stated that it remains unfazed by the attack and will continue “to inform and to give voice to the Dangme community, particularly those least heard.”