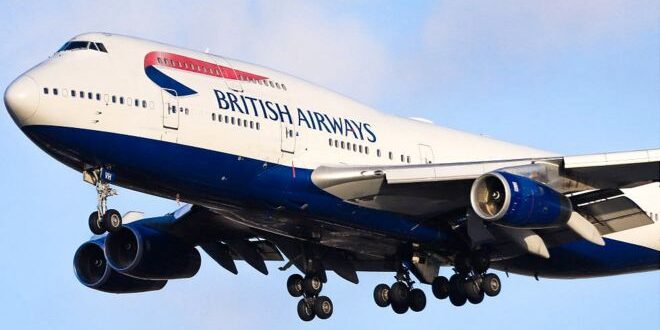 A British Airways commercial flight that was headed for Accra from London was forced to make a detour on Friday, April 8, 2022, due to the closure of the airspace in Bamako, Mali.

A statement released by the Ghana Airports Company Limited said all passengers have been duly informed about the development.

“Ghana Civil Aviation Authority (GCAA) and Ghana Airports Company Limited (GACL), wish to inform the general public that British Airways has reported that its Flight BA 081 outbound flight (London-Accra) was unable to land in Accra on Friday, April 8, 2022, due to the Airspace Restrictions in Bamako, Mali. Consequently, the BA flight had to return to London. British Airways has informed its passengers accordingly,” the statement said.

According to the Ghana Airports Company, the development means that British Airways will operate 2 flights on Saturday, April 9, 2022.

“British Airways Passenger Handling and Ticketing staff will be available this evening, Saturday, April 9, 2022, to offer assistance to affected passengers and also direct those who have been rebooked onto their carriers,” the statement added. 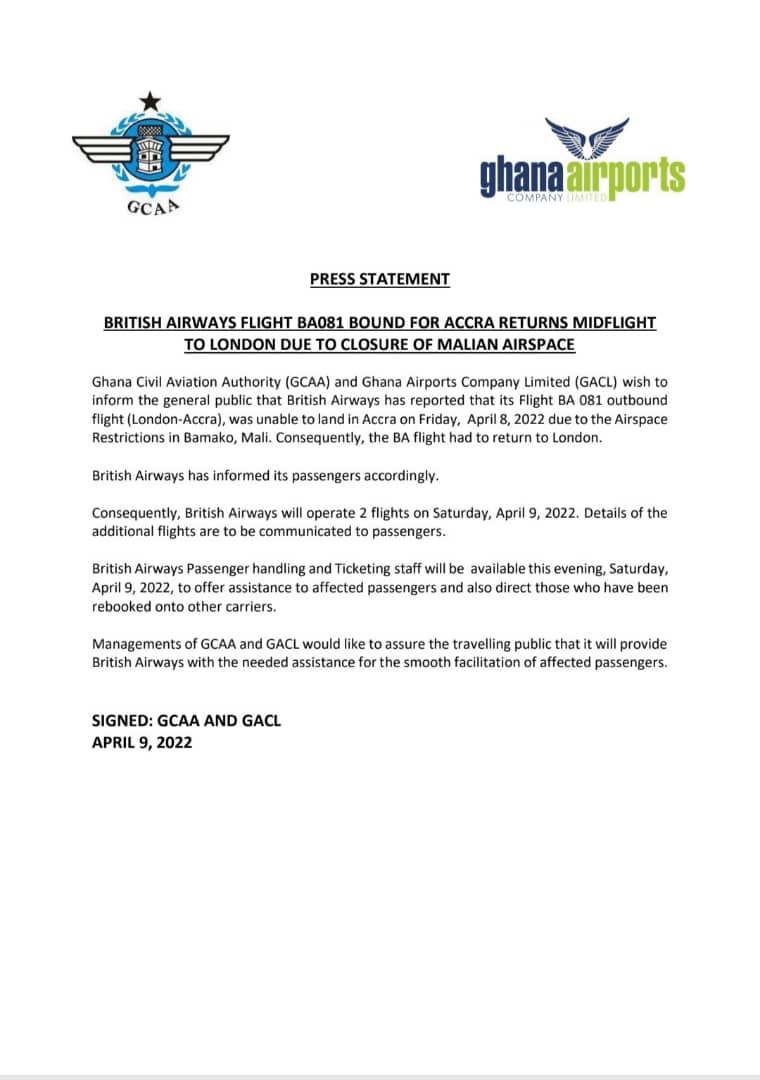 British Airways in a letter to passengers indicated that alternative arrangements were being made to ensure their arrival in Accra. 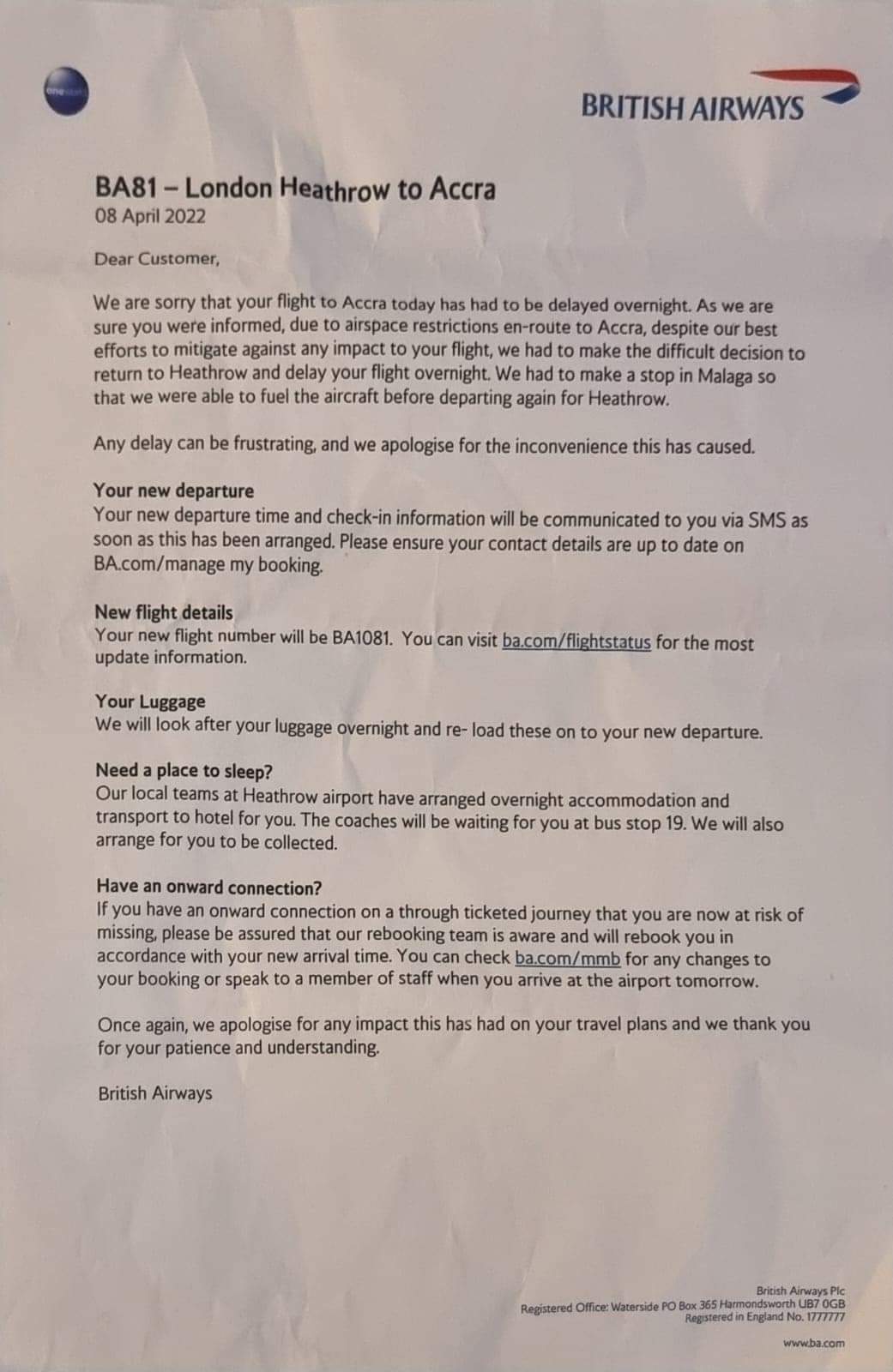 Mali has had different restrictions introduced in its airspace for some time now which has disrupted some flights.