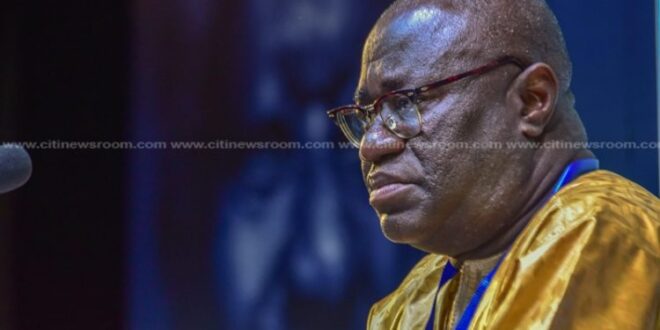 He says the United States government should be held responsible for such action.

According to him, the US government’s decision to withdraw from Afghanistan was a “miscalculation” that could have significant effects on the continent.

“Of course it has a direct impact on all of us… That miscalculation can potentially put all of us in Africa and the Sahel at risk. The Biden administration, whether it miscalculated or not, they have done it based on their assessment of what the US interest is,” Dr. Anin said on the Citi Breakfast Show on Tuesday.

This was after the militant group launched offensive attacks in various regions in the country, with major cities and towns coming under its control.

The development in the last few days comes after the US announced a withdrawal of its military forces in that country after 20 years.

With many locals attempting to flee the country owing to fears of coming under some strict Islamic rule expected to be introduced by the Taliban forces, many continue to watch the development keenly while assessing the potential effect it could have on other countries, especially those that have strong ties with the US.

According to Dr. Kwesi Aning, a similar wrong call by the US government many years ago led to “an almost successful rise of Islamic State (IS) in the Sahel and West Africa.”

He said the happenings in Afghanistan would give impetus to Taliban-linked groups in West Africa and the Sahel.

“This is a dramatic failure that has put you and I in danger,” he said.

He said Ghana and other West African countries must ensure that measures are put in place to guard the region against any new threats that may be presented by the situation.

Dr. Aning said other West African countries can emulate Ghana by localizing whatever assistance they receive from external powers.

He added that, “[West African countries must find out] How do they ensure that what is happening elsewhere does not spur new dynamics that threaten us, much more than we already face. The Ghana case is about getting assistance from our partners, but localizing that assistance and locating it within our own operational assessment”.

Dr. Aning said the happenings in Afghanistan presents very useful lessons for Ghana and the West African region, including the Sahel.

“There are lessons in the Afghanistan issues also for our political, military system. Is this an ally we can trust? What can we get that is best suited to our operational environment… “You cannot just come from somewhere, and you superimpose your culture, values, and army in a country, and you think that it will work,” he said.