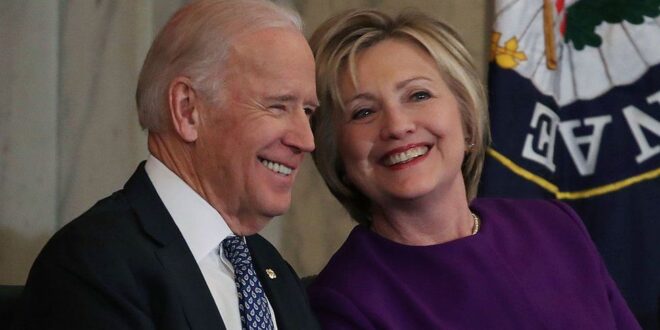 Russia’s foreign ministry says it has imposed sanctions on US President Joe Biden and 12 other US officials.

The measures block their entry into Russia and freeze any assets held in the country.

However, the ministry has said the sanctions will not impede necessary high-level contacts for the affected individuals.

The ministry has said it is applying sanctions “on the basis of reciprocity”.

Russia is now the most sanctioned country in the world.

What sanctions are being imposed on Russia?

On Tuesday, the US announced sanctions on 11 Russian defence leaders and signalled that it could levy sanctions against Alexander Lukashenko, the President of Moscow-allied Belarus.

President Biden is due to travel to Europe next week to attend an emergency Nato summit in Brussels where he will assert Washington’s “iron-clad” backing to its allies, the White House said on Tuesday.