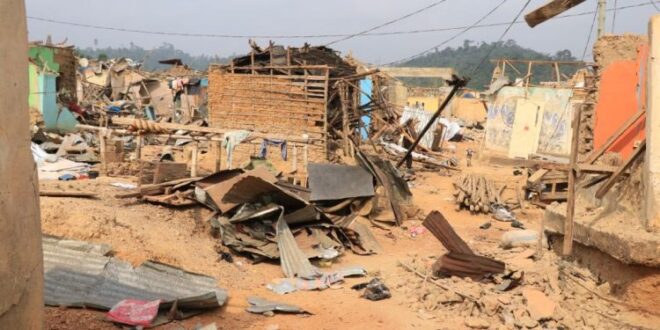 The company at the centre of the explosion that occurred at Appiate in the Prestea Huni-Valley Municipality of the Western Region, Maxam Ghana Limited, has insisted that it never breached safety regulations in the transportation of explosives.

The company’s clarification follows a $6 million fine imposed on it by the government.

A statement from the government had said the fine was imposed after a report of the three-member committee constituted by the Minister to undertake independent investigations into the matter affirmed some regulatory breaches on the part of the company, in the manufacture, storage, and transportation of explosives for mining and other civil works.

Maxam Ghana Limited in a statement however denied breaching mining regulations, but was quick to declare its commitment to paying the government’s $6 million fine.

“Based on a different interpretation of the applicable regulations, we believe that Maxam has not committed any of those breaches, however, to ensure the continuity of the business, to be able to supply our customers, to protect the employment of our workers and sub-contractors, Maxam has decided to pay the fine and will comply with the measures of the Ministry of Lands and Natural Resources,” a portion of a statement issued by Maxam Ghana Limited said.

The government earlier suspended the license of Maxam Ghana Limited days after its truck transporting explosives to Chirano Gold Mines was involved in a huge explosion, resulting in the death and injury of over 100  persons.

The government has subsequently given Maxam Ghana Limited a set of measures to comply with, as a condition to the restoration of its permit.

The company promised to adhere to the new regulatory measures announced by the Ministry, adding that it will “continue to conduct its operations in accordance with the laws of Ghana and international best practices.”

The tragedy has triggered a debate about compliance to safety regulations as provided under the Minerals and Mining (Explosives) Regulations, 2012 (L.I 2177).

Per Regulation 33- (Permit to transport explosives):

2) A person who transports under a Form P permit shall give notice to the Chief Inspector about the type and amount of explosives to be transported at least forty-eight hours before the explosives are transported.