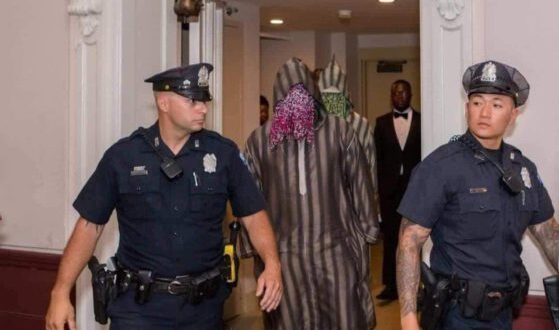 Anas Aremeyaw Anas wins 2021 Foreign Journalist Award in the US

He will receive the award at an event to be held on Saturday, December 4, 2021 in the United States of America.

This was made known in a letter addressed to the renowned investigative journalist, by the organizers of the event, National Association of Black Journalists (NABJ).

Anas Aremeyaw Anas, known for his dangerous, daring and explosive investigative works, is being recognized for his outstanding and ground-breaking achievements in journalism over the years. This is according to the letter dated October 1, 2021.

“It is with great pleasure that I send you this message. We are excited that you have been selected as the 2021 NABJ Percy Qoboza Foreign Journalist of the Year Award recipient! The award recognizes your outstanding achievements in journalism,” says Dorothy Tucker, President, National Association of Black Journalists.

The event, organized by National Association of Black Journalists (NABJ) honours legendary black journalists who have made outstanding contributions to the industry every year.

This year’s event, scheduled to be virtual, will take place in the United States of America (USA).

The NABJ Percy Qoboza Foreign Journalist of the Year Award is one of the categories of the National Association of Black Journalists (NABJ) event done annually to honour the extraordinary work done by foreign journalists while overcoming tremendous obstacles that contributes to the enrichment, understanding or advancement of people or issues in the African diaspora that exemplifies the spirit of the late Percy Peter Tshidiso Qoboza.

It is named after Percy Peter Tshidiso Qoboza, an influential black South African journalist, author and outspoken critic of the government in South Africa during the early periods of world recognition of the problems evident in the racially divided land.

He was the editor of The World Newspaper in Soweto and his fluently persuasive editorials did much to challenge the white South Africans who were protected from the horrors of apartheid.