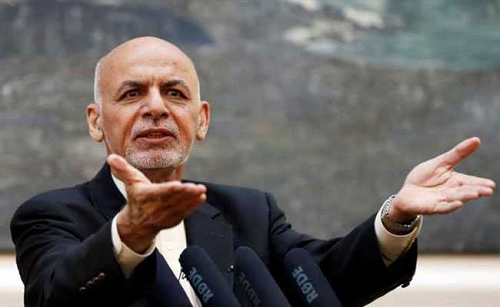 Abdullah Abdullah, chairman of Afghanistan’s High Council for National Reconciliation, has confirmed that President Ashraf Ghani has left the country.

The High Council for National Reconciliation was established to negotiate with elements of the Taliban.

Describing him as “a former president”, Abdullah said Ghani had “left the nation in such a situation”.

“God will hold him accountable and the nation will also judge,” he said, in a video on Facebook.

“We assure the people in Afghanistan, particularly in the city of Kabul, that their properties, their lives are safe – there will be no revenge on anyone,” he told her.

“We are the servants of the people and of this country.”

The top US diplomat in Afghanistan, Chargé d’Affaires Ross Wilson, has fled the embassy. He has been relocated to Kabul airport, according to a US official.

The US flag which flew over the embassy has also been taken to the airport and will be removed from the country.

Blinken: ‘This is not Saigon’

US Secretary of State Anthony Blinken says the US is moving its embassy compound to Kabul airport.

He told ABC News: “It’s why we had forces on hand – to make sure we could do this in a safe and orderly fashion. The compound itself, folks are leaving there and going to the airport.” He added that the embassy has lists of people to get out of harm’s way and is doubling down on efforts to do so. He also denied any comparisons of the current situation to the 1975 fall of Saigon, in Vietnam, and insisted that the Afghan mission had been “successful”

“This is not Saigon,” he said.

It comes as top US republican Steve Scalise called the US withdrawal an “epic failure”. He told CBS News on Sunday that the evacuation of the US embassy in Kabul was “President Biden’s Saigon moment”. He blamed the collapse of Afghanistan on Biden and and his intelligence team, accusing their predictions of being “devastatingly wrong”.