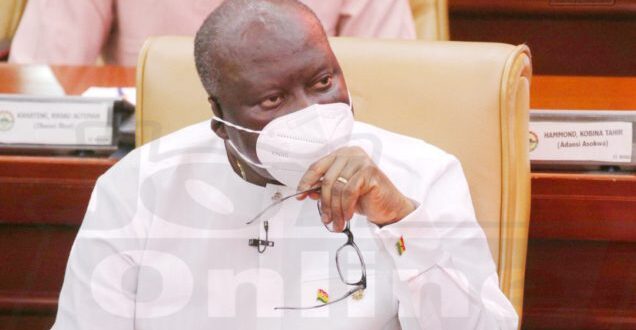 This confirmed Economists, Analysts and Market Watchers fears that the country’s debt had gotten out of hand and was estimated at about 80% of GDP in 2021.

According to the figures from the Central Bank, about ¢730 million fresh loans were added to the total public debt stock in December 2021. The increment may partially be due to the depreciation of the cedi during the last two months of 2021, which consequently increased the external debt component.

Indeed, government may have stood to its words that it will borrow just a billion cedis during the final quarter of 2021, and largely from the domestic market.

Though borrowing from the domestic market is the way to go for now by the government because of the high interest cost that external commercial debt may come with, the continuous borrowing is however crowding out the private sector from access to funds, and consequently keeping lending rates relatively high.

The debt-to-GDP ratio of the external debt is however equivalent to 38.7% of GDP.

The cedi component shot up by ¢6.3 billion, primarily due to the decline in the value of the cedi to dollar during the period.

On the other hand, the financial sector resolution bond remained unchanged at ¢14.9 billion in December 2021, equivalent to 3.4% of GDP.

Ratings agency had said at the beginning of March 2022 that Ghana’s return to the International Monetary Fund was key to the restoration of the country’s B credit rating and stable economic outlook, ratings agency.

This it believes will repose confidence in investors, particularly foreigners.

In a podcast on the outlook of the country’s economy, it said bringing down the domestic debt is again a key factor to a favorable rating, going forward.

Director at Fitch Sovereign andLead Analyst for Ghana and Zambia, Jermaine Leonard, said strengthening the fiscal economy through fiscal consolidation should be a priority of the Ghanaian government going forward.

“On the positive side what things will lead to stabilisation of the rating; a resumption of access to international capital market will be a big one and that will come from an IMF programme or a change in investor sentiments”, he pointed out that.

Over the medium term, he added “we will be paying attention to the international reserves position and whether Ghana can see a rise in non-debt creating inflows like FDIs [Foreign Direct Investments]. We will also be paying attention to whether the government can implement its fiscal consolidation plan and put public sector debt on a downward path”.