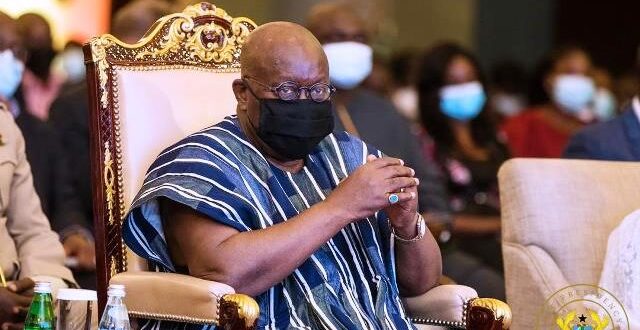 The Akufo-Addo administration may not consider an IMF bailout for Ghana, despite acknowledging the dire economic situation the country finds itself in.

This is due to the fact that the IMF conversation is missing on the agenda of President Akufo-Addo’s crucial cabinet retreat happening at Peduase in the Eastern Region.

A highly placed inside source has told Citi News that the meeting, which is held quarterly, is, this time, considering the reopening of the country’s land borders and the ever-rising fuel prices.

Many, particularly the largest opposition National Democratic Congress (NDC), has urged the government to “swallow its pride” and return to the IMF for help.

The government has, however, insisted on fashioning out and applying home-grown solutions to the country’s economic challenges.

The cabinet retreat, which is in its second day, has already decided to reopen the country’s land borders, two years after they were closed.

President Akufo-Addo first closed the borders on Sunday, March 22, 2020, in a frantic effort at curtailing or preventing altogether, the importation of the COVID-19 virus, which was then sweeping through the world.

Ghanaians returning home and foreign nationals with Ghanaian residence permits were, however, allowed back in, subject to a 14-day mandatory quarantine period.

The Minority in Parliament, however, renewed calls for the borders’ reopening following concerns from border town residents. President Akufo-Addo is thus expected to announce the easing of the restrictions in the coming week.

The Cabinet is also discussing the global fuel price situation and its impact on pump prices in the country.

According to a Citi News source, Cabinet will discuss possible mitigation of the situation for the Ghanaian consumer.