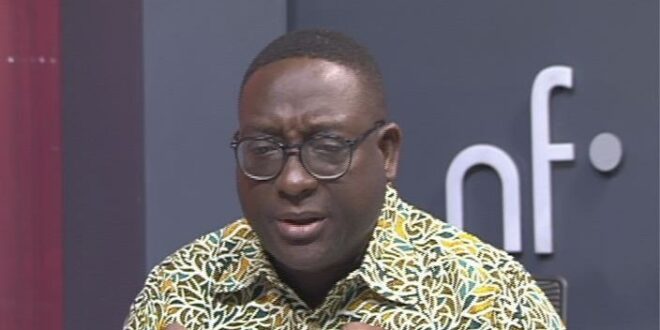 The National Communications Director of the New Patriotic Party (NPP), Yaw Buaben Asamoa has rejected portions of the Economist Intelligence Unit (EIU)’s report which tipped the opposition National Democratic Congress (NDC) as the party with a higher probability to secure victory in the next general elections.

Mr. Asamoa contended that the NDC’s loss in the 2016 and 2020 general elections is a testimony to the party’s inability to govern the country, hence cannot win the 2024 elections.

Speaking on Top Story, Tuesday, he said the NDC led by John Mahama, has no leadership qualities than the incumbent government.

“Since John Mahama wanted the IMF and his party’s leadership have discredited the IMF, he hasn’t come back to the public to tell us his views, whether or not he is taking us to the IMF or he has other things in mind. We believe that he doesn’t have anything more than the IMF to offer the people of Ghana and if the IMF is not the solution, then the eight-year cycle will not be automatic, it will be based on the quality of leadership and that we have in abundance,” he stated.

The EIU in its report highlighted one condition based on which the NDC can be even more resounding in the next general elections.

According to the London-based analysts, their assessment shows that the opposition party can revitalise this prospect of victory with a fresh presidential candidate.

“The next parliamentary and presidential elections are due in 2024. Under constitutionally mandated term limits, the incumbent President, Mr Akufo-Addo, cannot run for a third term. The former President, John Mahama, is reportedly considering running again, but we expect the opposition NDC to try to revitalise its prospects with a fresh candidate”, the EIU said.

This will mean a new candidate other than John Dramani Mahama, who has led the party since 2012.

In a related development, the NPP in a statement to react to the EIU’s report asserted that, “this is a huge boost to the NPP effort of “breaking the 8” since we are confident that the NPP candidate will have a better governance record based on the cumulative achievements of the NPP in the 4th Republic.”

Meanwhile, former Deputy Minister for Communications, Felix Kwakye Ofosu disagrees with the EIU on the need for the NDC to present a fresh candidate for the next elections.

Reacting to the report on Joy FM’s Midday News with Emefa Apawu on Tuesday, Mr. Ofosu noted it won’t make sense for the party to waste resources in changing John Mahama because he resonates with the rank and file of the party.

“I think that from a purely common sense standpoint, it doesn’t make sense to go and change a candidate who did so well.

“I think President Mahama resonates with the rank and file of the NDC. Everybody knows that he has a stellar track record that completely dwarfs anything or anyone the NPP offers.”