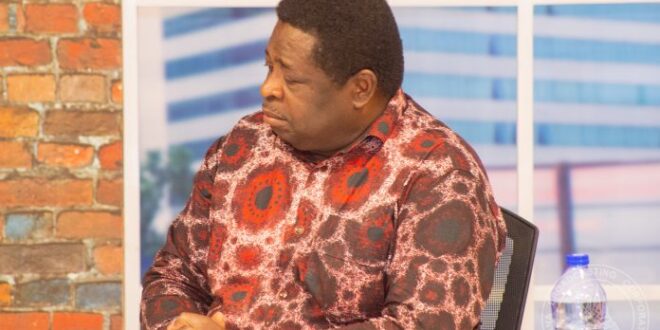 Leader of the National Interest Movement (NIM), Dr. Forster Abu Sakara has lashed at Ghanaian politicians and accused both past and the current government of being guilty of abandonment of national projects.

Touching on the issues of Ghana having a proper national development plan and agenda, Dr. Abu Sakara said most Ghanaians agree that having continuous judgment debts and abandonment of projects is not the right thing to do.

This the Leader of the NIM believes no government after Osagyefo Kwame Nkrumah’s regime can exonerate itself from such curious acts. Both the current and past governments after Ghana’s first president are guilty as charged.

Dr. Abu Sakara made this assertion on the GTV’s current affairs programme “The Breakfast Show” on Monday, May 16, 2022.

He, therefore, advocates full commitment to a long-term national development plan which he said is enshrined in the 1992 Constitution of Ghana.

“That is not to say, the plan will tell you how and where to fix windows, or change this window no, but it has a broad path and a key milepost in that broad path which political parties have to follow in fashioning out their manifestoes so we do not throw out everything on board and do your own things that will set the nation back.

Below is the video;