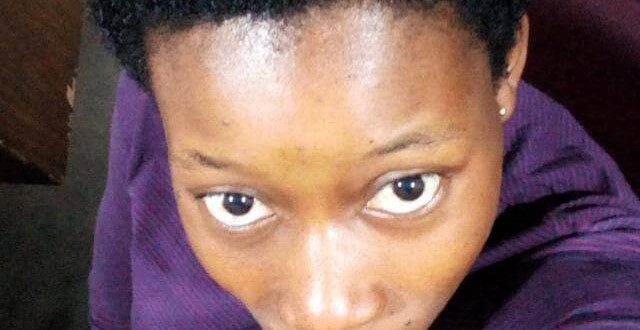 WOE COMMUNITY DIVIDED AFTER THE MYSTERIOUS DEATH OF A WOMAN

The untimely death of Gifty Deynoo of Woe in the Anloga District of the Volta Region has set the community apart.

Prior to her untimely death, she petitioned the Duamenefa Foundation of Fafaa 100.3 FM to investigate the circumstances leading to her predicament.

Gifty alleges in her petition that she testified against Mr. R.E.K. Anthonio over the family landed property litigation in the traditional arbitration court of Togbi Adoblanui.

The Duamenefa Foundation of Fafaa 100. 3 FM is a Non-profit organization with over 16,135 certified volunteers scattered across most communities in the country Ghana, and (still registering)

Its volunteers are mandated to investigate and intervene in collaboration with lawful agencies to rescue the vulnerable whose human right are being trampled upon in allegations of diabolical manipulation and orchestrations, and to promote peaceful coexistence.

The petition from Gifty was therefore given an urgent attention.

When Mr. R.E.K. Anthonio, was contacted to respond to the allegations leveled against him, he claimed he is a traditionalist and a stool father of the “Anthonio” stool, he further claimed that he is also a practicing Christian of Woe, E.P Church and Gifty is his granddaughter.

Mr. R.E.K. Anthonio was subjected to cross interrogations by the executive president of the Duamenefa Foundation, Mr. Emmanuel Ketaman Evortepe who subjected him through adversarial and he admitted publicly on Fafaa FM that he “strike out of anger”.

When asked if the Bible permit a practicing Christian to strike out of anger, he claimed the Christian could plead for forgiveness thereafter.

When the investigation team followed up to substantiate the claim of Mr. R.E.K. Anthonio’s membership of the E.P Church, the resident pastor, Rev. Gifty Tamekloe denied knowing R.E.K. Anthonio for the past three years of her officiating with the Woe branch.

Further probe into the allegations leveled against Mr. R.E.K. Anthonio revealed “conflicts of interest” on the part of Togbi Adoblanui II, the chairman of the arbitration court.

His approach and attitude to the issues were described as ” in conflict of interest to the prescribed traditional processes and procedures ” by the retired director of NCCE, Mr. Francis Gota on Fafaa 100.3 FM.

According to him, Togbi Adoblanui II, being the mediator, was trying to justify the traditional divination which allegedly found Mr. R.E.K. Anthonio as an accomplice to the spiritual attack.

Togbi Adoblanui again tried to justify his failure to summon Mr. R.E.K. Anthonio in line with customary practices. He therefore recommended that the case should be transferred out of his court to a different traditional arbitration court.

The zonal council chairman, Hon. Reinhoub Akpalu was called upon to act quickly by calling on other chiefs of the area council to compel Mr. R.E.K. Anthonio to reverse what he struck in other to save the life of Gifty, but this could not yield the desire results, until the untimely death of Gifty.

Her sudden death sparked controversies and accusations among the chiefs and people of Woe. The failure on the part of the chiefs to act swiftly to haul Mr. R.E.K. Anthonio before the lawful agencies to explain what he meant by “striking out of anger” could not be done.

While some people claimed it is because of his relationship with Togbi Gbordzor, the right-wing Divisional Chief of ANLO, others claimed the chieftaincy crises within the community is another factor, hence the four weeks of back and front approach to the findings of the Duamenefa Foundation of Fafaa 100.3 FM Dzodze.

With the lingering accusations and controversies ranging from conflict of interest to chieftaincy issues Madam Gifty Deynoo died mysteriously, even though she was later rushed to hospital for medical attention.

This disheartening development has set the chiefs and people of Woe apart, pending further investigations to unravel the controversies surrounding the issues of conflicts of interest and chieftaincy processes and procedures.

The Duamenefa Foundation of Fafaa 100. 3 FM would pursue this matter to its logical conclusion.