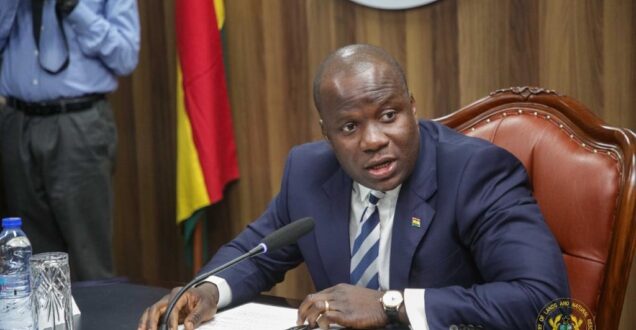 The Lands Ministry says it is investigating claims that former Chief Executive Officer (CEO) of the Forestry Commission, Kwadwo Owusu Afriyie aka Sir John, gifted part of the Achimota Forest lands to his relatives.

“The Ministry takes a serious view of the allegations and has requested for all documents relating to the lands in question as part of an initial inquiry to ascertain the veracity of the claims,” it said in a statement.

A photograph of a portion of Mr Afriyie’s Will went viral on Sunday, May 22.

It revealed that three different lands said to be situated within the Achimota Forest have been distributed to some of the late CEO’s family members.

This sparked public criticism with some people alleging that the reason for government declassifying part of the Forest as a reserve was to make such allocations legal.

But the Lands Ministry has refuted such claims, saying “the issues that form the basis of the allegations predate the tenure of the current Minister, Samuel Abdulai Jinapor.”

“It is important that he is seized with the full facts to enable him to take appropriate actions, if, indeed, there is any merit in the claims.”

“The Ministry assures the general public and the good people of Ghana that it will ensure that the national interest is protected at all times, especially in matters pertaining to the Achimota Forest,” the statement added.

An eight-paged Executive Instrument (E.I.) was widely circulated on social media, which purported to mean that the classification of the Achimota Forest Reserve has been lifted to pave the way for a possible redevelopment for other purposes.

The Instrument gazetted on behalf of President Akufo-Addo by the Lands Minister, Samuel Abdulai Jinapor, stipulated that effective May 1, 2022, the land on which the Forest is located shall cease to be a forest reserve, pursuant to Section 19 of the Forest Act, 1927 (CAP. 157).

However, the Minister of Lands and Natural Resources, Samuel Abu Jinapor, has said the government is not selling the land.

According to him, plans are rather afoot to upgrade the Achimota Forest into a world-class asset.

Addressing the press on Tuesday, May 17, the sector minister emphasised that widespread reports about the supposed sale of the Forest are false and baseless, as government has no such plans.

“The government intends to enrich the Achimota forest, revamp it and hopefully in the not too distant future, transform it into the likes of High Park of London and Central Park of New York, where Ghanaians can go and enjoy the beauty of nature and forest reserve as it happens in other parts of the world.”

The Minority in Parliament has highlighted the environmental effects of the government’s decision to reclassify the Achimota Forest Reserve as a commercial or residential zone.

In a statement, the National Democratic Congress (NDC) lawmakers noted that the Achimota Forest is the only existing “greenbelt” in the country’s capital.

Thus, any decision forthwith should seek to enhance the present value of the Reserve.

“Any decision by the government to reclassify it as a commercial or residential zone, even if only a part of it, will not serve the ecological value effect but, on the contrary, jeopardise the essence of the forest as a reserved area and will open it up to further abuse and non-ecological use.

“It is our belief that if any part of the Achimota Forest is released to any original owner and committed to any use either than its present use, it will set in motion a catalytic action of demands for the return of whole or parts of the about 265 Forest reserves across the country to original landowners,” the Minority said.