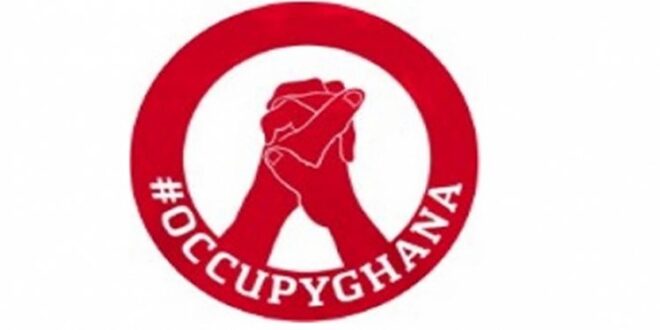 Pressure Group, OccupyGhana is not enthused about the government’s decision to seek financial support from the International Monetary Fund (IMF).

It believes the government would not have signed up to the bailout programme if it had shown more commitment to recovering misappropriated funds.

“This return to the IMF for a ‘paltry’ $2B leaves a bitter taste in our mouths. We would not be submitting ourselves to this forced and humiliating ‘Ghana [is not yet] beyond aid’ position if we had prevented the losses and thefts in the first place. In the second place, we would not be here if we had taken the simple steps of recovering the monies lost and stolen.”

“How credible is this return to the IMF, when the monies we seek, sit comfortably in the bank accounts and pockets of those who caused us to lose the monies or who stole our monies?” portions of a statement from the pressure group said.

The IMF has already begun talks with the Ghanaian government over an economic support package.

Ghana’s economy is in distress as it currently has a total public debt stock of GH¢391.9 billion, as of the end of the first quarter of 2022.

The cedi is also the worst-performing African currency, having weakened 22 percent against the dollar this year.

Efforts to tame rising inflation rates have also not been successful.

OccupyGhana said the money expected to be disbursed to Ghana is not enough to address these economic challenges.

“We have noted from the statement of the Information Minister, that Ghana would be seeking about $2B from the IMF. $2B is roughly ₡16B. Is that ALL we need to tide us over the mess that we find ourselves in? And do we have to go scurrying to the IMF to provide that, when from the Auditor-General’s Reports, calculated from 2016 to 2020, the amount of monies lost or stolen is ₡47,945,579,875?”

“In dollar terms, that is almost three times the $2B we are going for. Clearly, we would not need the IMF if the government was serious about recovering these lost and stolen monies, and then plugging the holes that allowed them to be lost or stolen in the first place.”