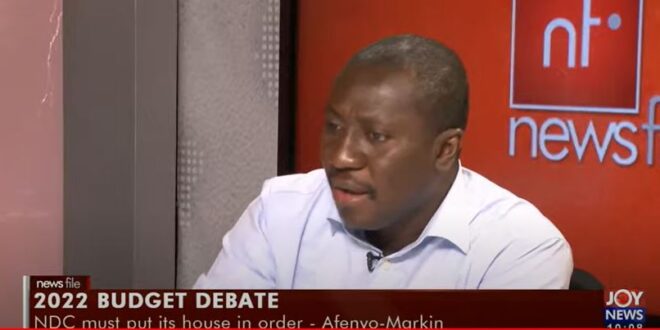 We don’t know the whereabouts of Mr. Speaker – Afenyo-Markin

Member of Parliament for the Effutu Constituency, Alexander Afenyo-Markin has indicated that, ahead of proceedings on Monday evening, he and his colleagues in the Majority have no idea about the whereabouts of the Speaker of Parliament.

Addressing the press, Mr. Afenyo-Markin indicated that, the unavailability of the Speaker may cripple the business of government if he does not show up.

Reacting to the development on PM Express, on Monday, the Minority Chief Whip, Mohammed Mubarak Muntaka dismissed the suggestions that the Speaker has taken a deliberate leave to frustrate discussions on the report from the Finance Committee regarding the e-levy Bill.

According to him, the Speaker may have taken a break to take his regular medications due to his current health status. Mubarak Muntaka added that the prevailing situation should be blamed on the Majority who failed to hasten their preparations when the Speaker was available.

Meanwhile, Minister for Information, Kojo Oppong Nkrumah says he and his colleagues do not want to ascribe any ill- motive to the Speaker’s absence. He also debunked claims that his side of the House were late in their preparations, thus the current hold up in proceedings.