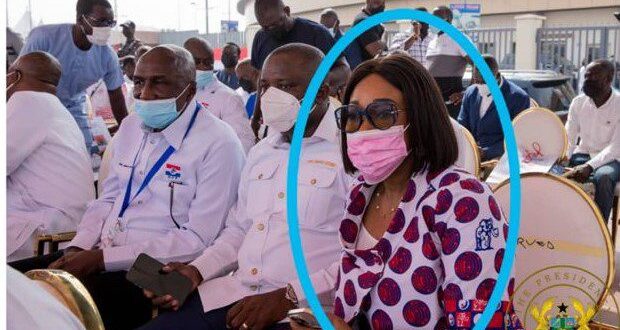 The Electoral Commission (EC) has refuted rumours that the Commission’s Chairperson, Mrs. Jean Mensa participated in the just ended National Delegates Congress of the New Patriotic Party on Sunday.

In a statement issued on December 20, the EC urged the public to dismiss any suggestion in that regard.

“Our attention has been drawn to a photograph making the rounds on social media purporting to be the Chairperson of the Electoral Commission, Mrs. Jean Mensa, at the recently held NPP’s Delegates Conference in Kumasi. This comes to inform the general public to disregard this false news item as the said photograph is not Mrs. Jean Mensa”, the statement said.

The Electoral Commission further indicated that the narrative on social media, is part of a scheme, therefore it should be disregarded.

“We entreat the public to be mindful of the schemes of sections within our society whose sole mission is to try to tarnish the image and reputation of the Chairperson on the Electoral Commission”, the statement concluded.

Over the weekend, members of the New Patriotic Party converged at Kumasi for the party’s annual National Delegates Conference. The conference was to deliberate on some proposed amendments to the party’s current constitution. Delegates who trooped to the congress grounds from all the sixteen (16) administrative regions were adorned in colourful party regalia.

Following the close of proceedings on Sunday, a photo emerged on social media, with allegations that the figure in the photo was the EC’s Chaiperson, Mrs. Jean Mensa. The assertions were rife because, the individual in the photo resembles Mrs. Mensa. The person was captured in a face mask which deepened the uncertainty about her true identity.

A number of individuals on social media have also corroborated the clarification by the EC. They contended that it is a photo of the Minister for Foreign Affairs, Madam Shirley Ayorkor Botchway.

Meanwhile, the National Council of Elders of the NPP is expected to decide on the proposed constitutional amendments to the party’s constitution.

This is due to the inability of the party to decide on the matter at last Sunday’s congress in Kumasi. Reacting to this, the opposition NDC has accused the NPP of inability to properly coordinate its internal affairs.