Breaking News
Home / NEWS / UTAG strike: No politician can call it off, only members – Gyampo 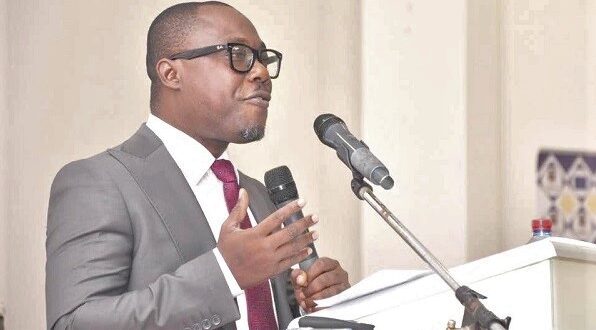 UTAG strike: No politician can call it off, only members – Gyampo

Secretary to the University of Ghana Chapter of the University Teachers Association of Ghana (UTAG) Prof Ransford Gyampo says it is out of place for any politician to claim that it has called off the group’s ongoing strike.

According to him, lecturers will not bow to pressure from any quarters to do so until they feel their demands are met.

This follows a meeting between UTAG leadership, the Fair Wages, Minister for Education, Minister for Employment and Labor Relations and the Parliamentary Committee on education on Thursday.

According to Ranking Member on the Education Committee in Parliament, Peter Nortsu Kortoe, UTAG had agreed to end the industrial action during the meeting which lasted hours.

“On our appeal, they have agreed to call off the strike on the condition that government is ready to sit down with them immediately for them to resolve outstanding matters. The minister gave us the assurance that they are going to be committed. Once the Committee has directed, there is no way he as a leader of the government delegation will fail to meet with them even if it’s 24 hours a day; they will meet,” he told JoyNews.

The Legislator noted that the Committee is hopeful that University lecturers will return to lecture halls by Monday, February 21.

But, Prof Ransford Gyampo insists that cannot be the case.

Taking to his Facebook page, the Legon-UTAG Secretary wrote that “no politician can call off the UTAG strike.”

He further wrote that; “No Sponsored Propagandistic Media Reportage can pressurize anyone.”

“Only members can rescind their decision after they are convinced. If they do, they will communicate.”

The University of Professional Studies, Accra (UPSA) chapter of the University Teachers’ Association of Ghana (UTAG) has rescinded its decision to return to class on Monday, February 21.

According to UPSA-UTAG, per the fact that they are members of the national body, any decisions taken by the National Executive Council (NEC) of UTAG binds on lecturers in UPSA as well.

This follows an earlier letter which had indicated that lecturers in the school were to resume active teaching on Monday.

The Court on Tuesday granted an interlocutory injunction against UTAG’s industrial action after an appeal by the National Labour Commission (NLC).

The NLC dragged UTAG to court after attempts to have UTAG call off its strike failed.

UTAG has been on strike since January 10, 2022, over government’s failure to review their conditions of service since 2017.

Students continue to suffer the repercussions as the lecturers have refused to back down on their demands leading to the ongoing impasse.