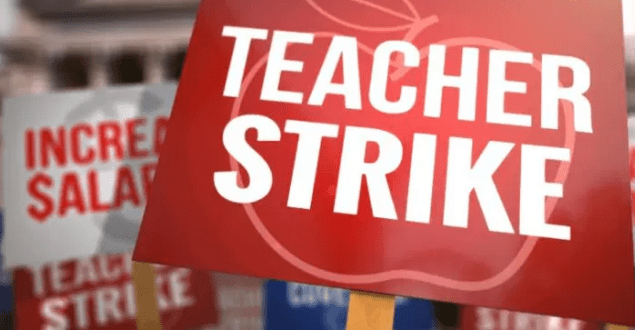 The two unions are demanding better conditions of service.

An order by the National Labour Commission for the teachers to immediately resume work was treated with contempt as the teachers insist on their demands.

The helpless Labour Commission has since been left looking up to Vice Chancellors and Administrators of the various public universities to get their teachers back into the lecture halls.

But, that did not also seem fruitful as a meeting between UTAG and Vice Chancellors Ghana last Thursday ended without a resolution.

Meanwhile, the fate of the academic calendar remains in the balance as students are left stranded on various campuses.

It remains unclear whether government will see reason with the striking teachers and return them to the lecture halls this week.

On the other hand, CETAG has laid down its tools over claims that the government had failed to implement the 2017-2020 conditions of service, as agreed in a Memorandum of Understanding signed between CETAG and the government.

They want the government to pay their interim premiums and book and research allowances.

Academic work  in all 46 public Colleges of Education across the country have halted as a result.

This assurance comes on the back of about five industrial actions taken by some labour Unions in furtherance of demands for better conditions of service.

The Public Relations Officer of the Fair Wages and Salaries Commission, Earl Ankrah, says government is committed to addressing the various concerns of the striking workers.

“For us as government, it’s okay for workers to express their desire for better conditions of service. But we would rather wish that they went through the process because we work under law and give the employer some advance time, give the National Labour Commission some time and when they are invited, they come for timelines to be set for the issues to be taken care of.”