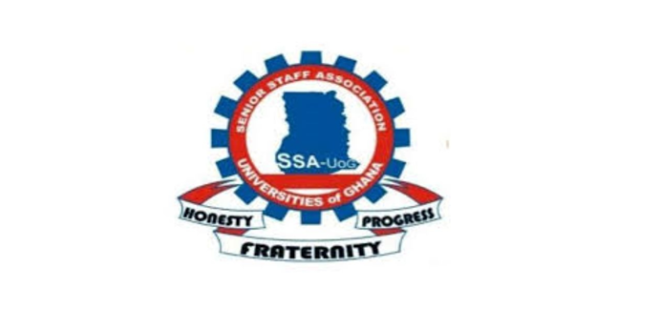 The National Executives Council of the Senior Staff Association-Universities of Ghana (SSA-UoG), has suspended its strike declared on August 2, 2021.

In a letter signed by the National Chairman of the association, Zakaria Mohammed, members were directed to resume work immediately. 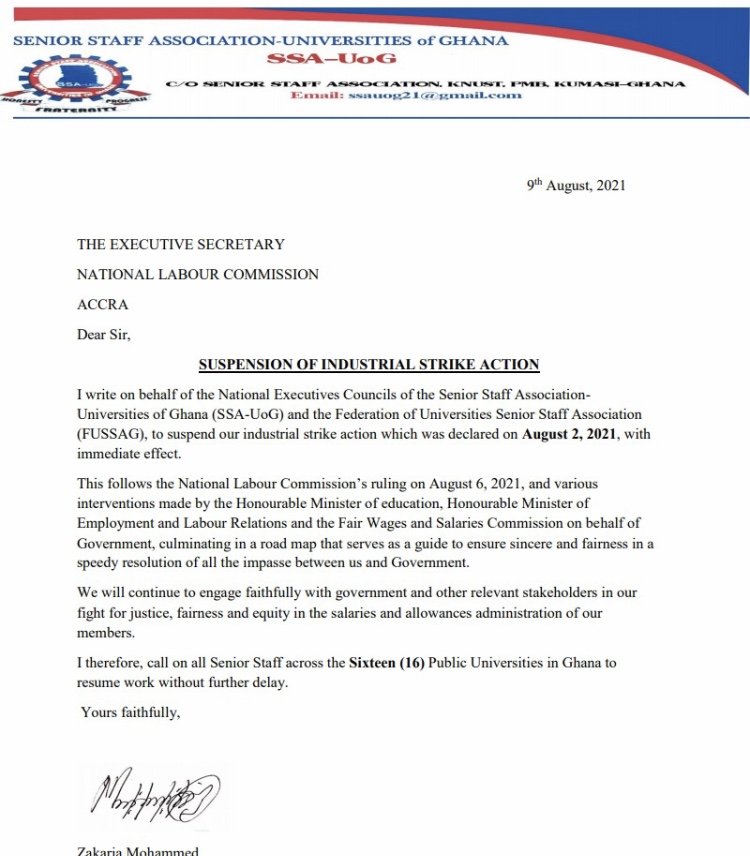 He said the decision follows the National Labour Commission’s ruling on August 6, 2021 and various interventions made by the Ministers of Education, Employment and Labour Relations, and the Fair Wages and Salaries Commission on behalf of the government.

This, according to him, culminated in a road map that serves as a guide to ensure sincerity and fairness in a speedy resolution of all the impasse between us and the government.”

He said the executive council of the union will continue to faithfully engage the government and other relevant stakeholders in its quest for “justice, fairness and equity in the salaries and allowances administration of our members.”

Members of the Association are asking for the award of market premium and non-basic allowance, as well as the finalisation of negotiations of their conditions of service.