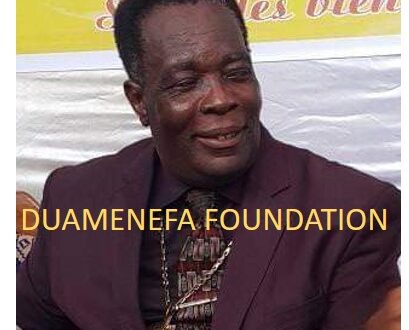 ” We would not honor your invitation for dialogue, you have taken an estranged position on the subject matter, you have told a lie to the Aflao police ” these were the allegations leveled by Apostle Amevo, the leader of the aggrieved pastors who claimed they were duped by the leadership of the united mission borderless foundation against Bishop Stephen Adukpo, during an interview on Fafaa 100.3 FM, Dzodze.

In a letter dated 8th July, 2022 sighted by Fafaa FM, Bishop Adukpo extended an invitation to the complainants for a meeting on Sunday the 10th day of July, 2022, at the Calvary Charismatic Center, (CCC), Denu in the Ketu South Municipality of the Volta Region, for dialogue to settle the criminal case of defrauding by false pretenses logged by some aggrieved pastors against Bishop Cephas Korbla Nyamador, the base leader of the Borderless Mission Foundation Ghana. The aggrieved pastors decline to honor the invitation.

Although the letter was written on an official letterhead of the United Mission Borderless Foundation, the letter head carries no office address, nor contact number, hence the CCC has become an official meeting ground of the Borderless Mission Volta base.

Apostle Amevo alleged that Bishop Stephen Adukpo earlier during the arrest of Nyamador told the police that the money paid by the aggrieved pastors through Bishop Nyamador in anticipation for the various categories of largesse promised them is non-refundable.

This they claimed is contrary to what they were told during their various meetings with the leadership of the Borderless Mission since the year 2019.

According to their response to the invitation, they claimed that their money would be used to open their personal bank accounts through which the proposed “free” monthly salaries would be paid.

Apostle Amevo accused Bishop Adukpo of peddling misinformation and deception at the Aflao police station, hence he cannot serve as a mediator.

Fafaa FM followed up to the Aflao police station where the complaint was logged.

One Superintendent Bempa told the investigation team that the consideration for the release of the matter for mediation is due to the fact that “money” is the contention.

The police considered the possibility of settlement with money before Thursday the 14th day of July, 2022, but if that fails, the police will not hesitate to prosecute the matter.

All attempts to have the right of response from Bishop Adukpo was unsuccessful.

Watch out for further development…………