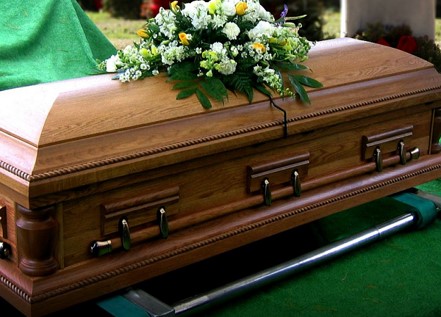 The Tema Traditional Council (TTC) has announced a ban on funerals and other outdoor social events associated with noise making effective Sunday, October 1, 2022 to Monday, October 31, 2022.

By this directive, bereaved families cannot bury their dead relatives during the period the ban is in force.

The directives form part of activities put in place by the TTC towards the final funeral rites for the late Tema Mantse, Nii Adjei Kraku II.

Residents in Tema Manhean (Newtown), Communities One to 12, the various divisional areas including Ashaiman, Zeenu, Kubekro, Adigon, Saasabi, Adjei Kojo, Klangon, Sakumono and Adjeiman have been advised to adhere to the directives as set out by the TTC as part of the final funeral rites for the late Tema Mantse, Nii Adjei Kraku II

The TTC in a statement copied to the Daily Graphic said apart from the ban on funerals, other activities such as engagements, weddings, outdoor crusades/conventions and other merry making activities had been suspended within the month of October, this year.

“It is also announced that the ban on these activities will be strictly enforced” the statement said.

The statement said in due course, several activities lined up for the funeral would be announced for all residents, both home and abroad to join the chiefs and people of Tema, to give the Paramount Chief, a befitting funeral.

The late Paramount Chief passed on in February 2020, but the traditional council suspended arrangements for the funeral rites due to the precautionary measures put in place by the state against the COVID-19 pandemic.

Addressing a delegation of traditional rulers and elders of Tema who visited the Jubilee House in January this year to inform the President about the death of the Tema Mantse, President Nana Addo Dankwa Akufo-Addo urged the elders of Tema to ensure that not only did the late chief get a befitting funeral, but that the procedures for choosing his successor done without acrimony.

President Akufo-Addo also appealed to the chiefs and elders of the council to ensure that they carried out the process of choosing a replacement for the late Paramount Chief in a peaceful manner.