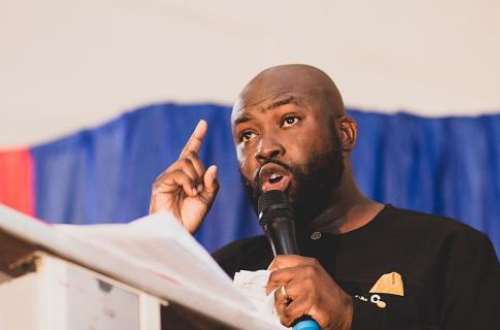 The High Court in Accra presided over by Justice William Bempong on Thursday relisted the defamation suit filed against Assin Central MP Kennedy Agyapong by the CEO of the Chamber of Bulk Oil Distributors, Senyo Hosi.

The court struck out the suit on July 12 for want of prosecution following an application for same by counsel for Mr. Agyapong while neither Senyo Hosi nor his counsel was present when the case was called.

Mr. Hosi applied to the court to relist the case on July 19, with his counsel arguing that their absence from court at the previous date was not deliberate on their part.

On Thursday, July 29 however, Justice William Bempong readmitted the case, saying he had struck it out in error when the respondents failed to communicate a court date to the applicants, thereby leading to their absence.

The court has consequently adjourned the case to Wednesday, October 20, 2021.

Mr Hosi sued Mr Agyapong in July of 2017, for GH¢5 million in damages and GH¢3 against Kencity Media Limited, operators of Oman 107.1 FM & Net 2 Television, owned by Mr. Agyapong after the MP allegedly accused him of bribery over the alleged sale of contaminated fuel by BOST.