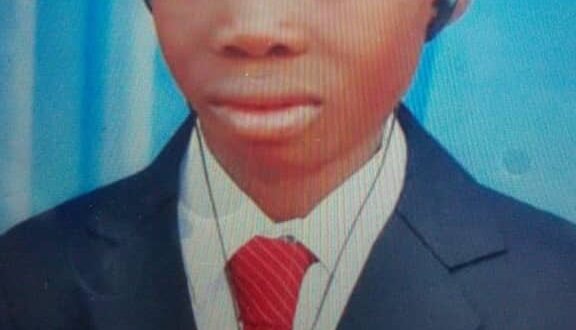 RITUAL MURDER ON THE RISE

The life of a 13-year-old pupil, Nicholas Doe Negble of Keyime LA basic school near Nornyikpo Community in the Agortime Ziope District of the Volta Region, was allegedly wasted for ritual murder purposes in compensation for the sum of Ghc 20,000. (Twenty Thousand Ghana Cedis).

According to Hon. Agbesi Nudowu, the Assembly man of the area, during an interrogation on Fafaa 100.3 FM, a commercial Radio Station based in Dzodze Ketu North, he narrated that an uncle of the deceased, Mr. Senanu Attipoe, now in the grip of the Kpetoe Divisional Police Command, was heard on a telephone call telling the party at the other end that the animal has been grabbed at the funeral ground and it’s ready for the celebration.

This telephone discussion raised doubts in the mind of a passerby who became suspicious and intelligently lured Senanu to a drinking spot where upon intoxication, he divulged the secret of the ritual murder cartel who would offer the said amount as payment for supply of human beings for ritual purposes.

Whereas the deceased who resides with the grandmother, Mary Amewonu, in the community of Noanyikpo in the Agortime Ziope District of the Volta Region went missing during a funeral ceremony on Friday the 21st day of May, 2021; hence the suspect was reported to the Agortime Kpetoe Police where he confessed to the police that he is a key player among ritual murder gangsters operating between Ndowukope, Gefia, Xevi and Dzodze communities of the Volta Region.

According to the Assemblyman, the suspect admitted that they have exhumed corpses within the various communities aforementioned and a fetish priest resident in Dzodze is responsible for purchasing the exhumed corpses for ritual purposes.

The suspect further confessed and mentioned some of his team members as; Ando Kofi the fetish kingpin together with Anani and Morris as those who have slaughtered the deceased for ritual purposes. The entire community of Ative Nudowukorpe were thrown into a state of shock.

The suspect was hauled by the team of police officers to Nudowukope where the remains of the deceased pupil was found in a shrine belonging to Ando Kofi, the key suspect who is currently at large together with other accomplices.

A search in the shrine revealed several body parts of people who were murdered by this group of fetish priests. Among the body parts retrieved were different type of skulls, ankles, feet and other essential body parts. The police having secured a court order went further to dig the cemented floor of the shrine, and to their surprise other dead bodies were found underground with several body parts missing.

The slaughtered remains of Nicholas Negble were found decomposed in a sack with his body parts missing. The Police however managed to convey his mortal remains to the Police Hospital in Accra for autopsy. The body was later  handed over to the family for burial, while the search for Hunor Ando Kofi, Morris,  Anani and other suspects continue. Meanwhile, Senanu Attipoe, Koami Gakpeytor and others are currently in the custody of the police to aid investigations.