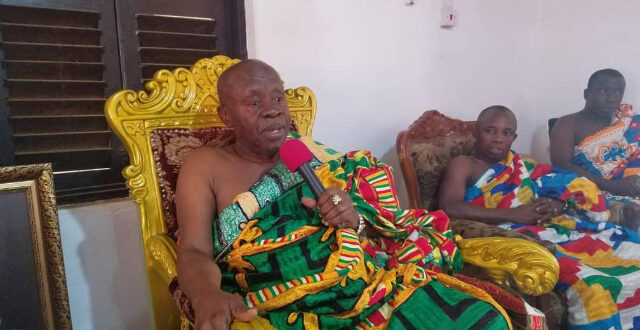 The National House of Chiefs is urging Members of Parliament to respect the Supreme Court’s judgment on the voting rights of Deputy Speakers who chair proceedings in the absence of the Speaker.

Speaking during a meeting in Kumasi, the President of the National House of Chiefs, Ogyeahohoo Yaw Gyebi II, stated that complying with the ruling is the best way of maintaining calm in the house.

He however advised the petitioner and other aggrieved groups opposed to the judgement to seek a review to help bring finality to the issue.

With this, he said, “Ghana will continue to be recognised as a country governed by the rule of law and not the rule of men.”

The National House of Chiefs also urged Ghanaians not to encourage coup d’état as an alternative to democratic rule as a result of the prevailing circumstances in the country.

Ogyeahohoo Yaw Gyebi II believes democratic governance is the best system and “the most preferred for the majority of Ghanaians.”

“The positive effects of democracy far outweigh the weakness that we observe at times,” he said.

The National House of Chiefs also appealed to the Inspector General of Police and the Military High command “to collaborate to maintain law and order in  Bawku traditional area and its surrounding areas.”

The Supreme Court on March 9, 2022, ruled that a Deputy Speaker of Parliament, or any other member of the legislature presiding over business of the House, does not lose his or her right to vote while presiding.

Such a Speaker or Member can also be counted as part of the quorum for decision-making in the House under Article 104(1) of the 1992 Constitution.

The Court, consequently, struck down Order 109 (3) of the Standing Orders of Parliament, describing it as “unconstitutional”.

The Order provides that a Deputy Speaker or any other member of Parliament presiding over the business of the House shall not retain his or her original vote while presiding.

The judgment was greeted with mixed reactions.

Whereas members on the governing New Patriotic Party welcomed the judgment, the Speaker of Parliament, Alban Bagbin, former President John Mahama and a host of other members belonging to the opposition National Democratic Congress rebuked the Supreme Court over the judgment.

They described it as an attempt to dictate to Parliament.