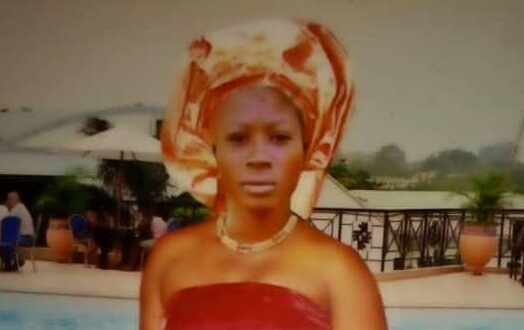 QUEEN MOTHER SAVED FROM THE WRATH OF THE GODS

Mama Amegblefe II, The Queen Mother of Agorome – Ashiagborvi, in the Akatsi North District of the Volta Region was saved by the Duamenefa Foundation of Fafaa 100.3 FM Dzodze from incurring the wrath of the gods for the second time.

The Queen Mother was allegedly misled by three King makers, namely, Togbi Gbadago, Papa Amewuga Bedzra, both of Agorome – Ashiagborvi and Togbi Dziku of Xavi in the Akatsi South District of the Volta Region.

Whereas, It is believed that only Senior Queen Mothers are supposed to perform customary rites towards the initiation and installation of a Junior Queen Mother, due to certain feminine exposures which need not to be witnessed by their male counterparts, the three king makers allegedly chose to perform such rites to install Mama Amegblefe II without recourse to the ethical guidelines of customary practices and procedures.

The misleading customary rites were allegedly disclosed to the public during the Duamenefa Social Intervention program of Fafaa 100.3 Fm Dzodze, by Mama Amegblefe, who claimed there was no queen mother to lead her through the installation rites except the three chiefs mentioned above.

Togbi Bedi Ahadzi IV, the former Volta Regional Commander of the Ghana Police Service, who now serves as the traditional ruler of Bedikorpe – Ehi, in the Ketu North Municipality of the Volta Region and Mama Tokormi, a Queen Mother of the Keta Municipality of the Volta Region, condemn the act and call for immediate suspension of the re-initiation rites to reinstate the queen mother, when the leadership of the community were about to repeat the same act.

It would be recalled that Mama Amegblefe II, was seriously sick and bedridden as a result of allegations of faulty customary rites conducted during her earlier installation, in addition to invocation of the wrath of the gods by one madam Sodalor. This was contained in a petition to the Duamenefa Foundation.

It took the timely intervention of the Duamenefa Foundation of Fafaa FM through Christian prayers, research, education and interventions to resuscitate the queen mother. She has since recovered and ready to be re- initiated.

The re-initiation rites were abrogated when it was discovered in an interview with Hunor Togbi Gbeti, a traditionalist, who was reporting the live re-initiation ceremony to Fafaa FM that there was no queen mother to lead Mama Amegblefe through the process.

Fafaa FM therefore called on Togbi Bedi Ahadzi and Mama Tokormi to educate the public in this regard.

The call for abrogation of the reinstatement ceremony was drummed by the two eminent traditional rulers. They insisted that the consequences of the wrong initiation rites could cause the queen mother severe penalties from the stool gods.

Togbi Agboyibor III, the divisional chief of Ashiagborvi and the leader of the ceremony agreed with the timely advice. He therefore performed ceremonies to pacify the gods for the offences committed during the previous initiation ceremony, and he chose a different date for the family to meet in December to perform the appropriate ceremony of re- initiation in line with proper procedures.

The research, education and intervention of the Duamenefa Foundation of Fafaa FM has saved the queen mother for the second time from the wrath of the gods.