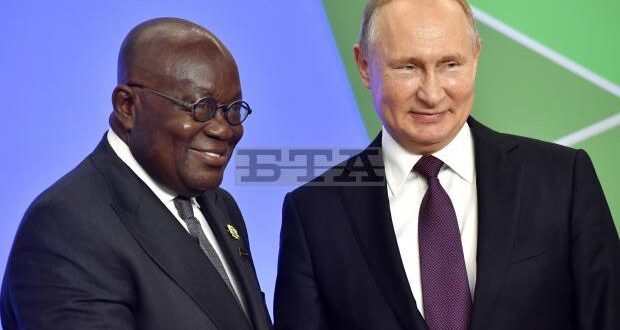 President of the Russian Federation, Vladimir Putin, has congratulated Ghana as it celebrates its 65th Independence Day.

Vladimir Putin, in a letter shared by the Russian Embassy in Ghana on Twitter, highlighted the friendly relations between the two countries.

He expressed the hope that the “bilateral dialogue and partnership meets the interests of our people, contributing to the peace and security on the African continent.”

“I wish you good health and every success, as well as happiness and prosperity to all your compatriots,” the statement added.

Since the attack, Ghana and many other countries have been making frantic efforts to evacuate their citizens in Ukraine.

Recently, the government of Ghana said it had reached an agreement with the Russian government to allow for the safe passage of Ghanaians, particularly students, who are in the concentrated zones of the ongoing war. 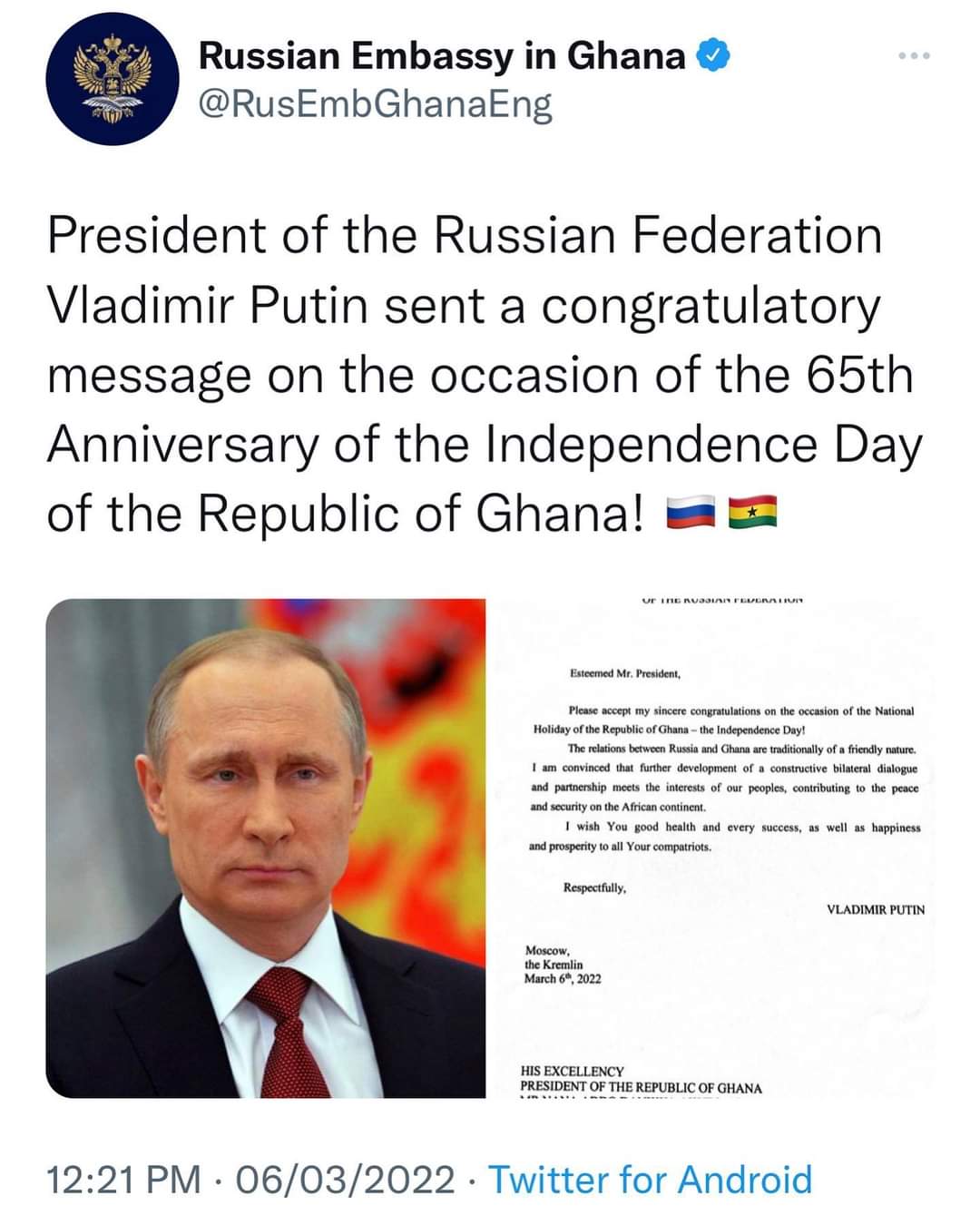