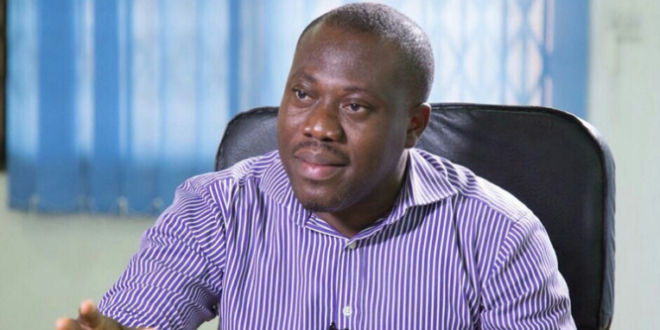 The Vice President of the Ghana Medical Association (GMA), has entreated government to put in place, proper incentive packages, both monetary and non-monetary, to attract and retain health workers in deprived communities.

According to Dr. Justice Yankson, the government has not done enough to ensure that doctors and nurses accept posting to remote communities.

Speaking on Top Story on Friday, he stressed that without these incentives, “these problems would be compounded.”

“Our constitution injuncts the state to ensure that the people of Ghana have access to medical care. Look, you cannot compel a professional or anybody to work for you as an employer and government as an employer, must know that for a fact. Same situation, you cannot also compel an employer to employ you.

“Once the state is injuncted to provide the best for us in terms of health care, then there is a duty on the state to ensure that they are able to train and also attract and retain these doctors,” he said.

Dr Yankson indicated that the government’s inability to attract and retain doctors contributes to some doctors seeking greener pastures outside the country.

“The basic things don’t work. You sign basic contract of employment with the employer and same will not be implemented, you go to the workplace and sometimes the facilities that should exist for you to work with are just not there. Sometimes the opportunities for you to improve yourself by way of career progression don’t even exist so we should not isolate doctors and with all due respect, let it look like we are the only ones refusing to go to places,” he told Evans Mensah.

He did, however, mention that the government has recently formed a committee through the Ministry of Health and the Ghana Health Service to create a document of this nature, adding that GMA hopes the document will be completed and implemented to the letter.

His remarks follow President Akufo Addo’s address at the 60th anniversary of the University of Ghana Medical School (UGMS), on Friday, in which he lamented the refusal of some doctors and dentists to accept posting to deprived areas of the country, a situation he described a “distressing.”

According to President Akufo-Addo, the development is hampering effective healthcare delivery in such areas.

In response, Dr. Yankson said doctors are already sacrificing as they face certain challenges like the non-availability of specialised equipment needed to work.