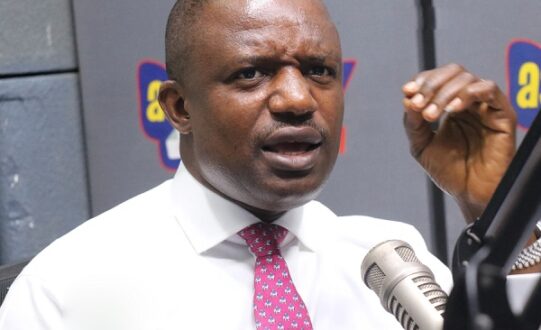 Ranking Member on Parliament’s Mines and Energy Committee, John Jinapor, says the proposed increment in tarrif by the Electricity Company of Ghana (ECG) cannot be accepted because it is “ridiculous”.

He says the proposal by the power distributor is absurd, owing to the fact that ordinary consumers are already reeling under harsh conditions from the 14% reduction announced by President Akufo-Addo in 2018.

“From January this year [2018], the non-residential tariff rate, which is the rate which includes all of you here, is being reduced by an average of 14%. For barbers, it is being reduced by 18%; for hairdressers and beauticians, 15.7%, and for tailors, 9.8%.”

“An average bill last year was GH¢562 a month. With this reduction from January, it is coming down to GH¢473 a month, which means GH¢88 has been taken from the electricity tariff that you pay. We want to encourage private business, and make business stand on its feet,” the President had said.

In a Facebook post on Monday, the Yapei Kusawgu legislator argued that the announcement of that reduction was populist because it has caused accumulated debt on the state.

“It should be noted that the Public Utilities Regulatory Commission (PURC) established under ACT 538, 1997 has a principal mandate of regulating and overseeing the provision of utility services by public utilities to consumers. The PURC, by practice and convention, has adopted the ‘Automatic Tariff Adjustment Formula’ to forestall any unwanted price hikes.

“It is, therefore, preposterous for the utility companies to propose such astronomical tariff adjustments dating back to 2019. Today, the ordinary consumer is being called upon to pay for the debt that has accumulated from that populist reduction [of the President],” he said.

A proposal from the ECG submitted to the PURC wants the 148% adjustment to cover the period between 2019 and 2022.

It has subsequently proposed an average increase of 7.6% in tariff over the next four years to cover Distribution Service Charges (DSC).

ECG attributed the high increase in the Distribution Service Charges to the gap that has developed over the years between the actual cost recovery tariff and the PURC approved tariffs as well as the cost of completed projects.

It also mentioned the continual application of the prevailing tariff (which was a 14% lower) beyond the stipulated regulatory period and the effect of macroeconomic factors such as inflation and exchange rate fluctuation.

The power distributor again pointed out that its financial sustainability is important as it impacts on the entire energy sector.

But Mr Jinapor believes “these proposed tarrif hikes are completely unacceptable and ridiculous.”