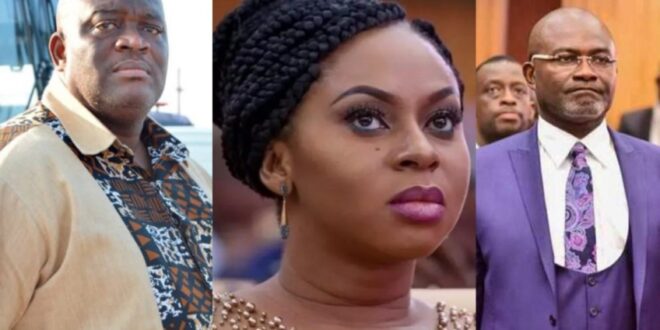 The Privileges Committee of Parliament will today, Thursday, May 26, begin hearing the case of the three absentee MPs.

The MPs in question are Henry Quartey of Ayawaso Central, Sarah Adwoa Safo of Dome-Kwabenya, and Kennedy Agyapong of Assin Central.

According to media reports, the hearing will begin with Henry Quartey.

The Speaker of Parliament, Alban Bagbin referred them to the Committee after it emerged that they had absented themselves for more than the 15-day acceptable threshold without permission.

The Committee has two weeks to present a report to the House.

Meanwhile, the Committee has indicated that the media would not be permitted to cover the hearing proceedings.

Explaining the motive behind the decision, a member of the Committee, Kweku Ricketts Hagan stated that “the nature of evidence as we’ve been hinted might be on medical grounds…”

“And it is on that basis that the [Privileges] Committee came to that conclusion that it would be best that we give the opportunity for people to come and be able to discuss (these things) with us,” he told Accra-based Citi FM on Wednesday, May 25.