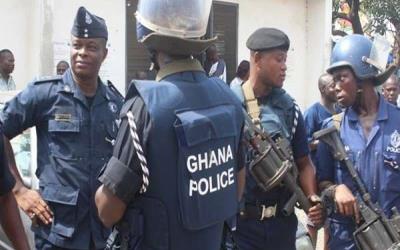 ‘Pray for us, Bawku tensions now beyond human interventions’ – MCE cries out

The Municipal Chief Executive (MCE) for Bawku in the Upper East Region, Amadu Hamza, has admitted that the turmoil in the area is becoming extremely difficult to handle.

He says the escalated tension in Bawku should now be treated with the utmost seriousness it deserves because of the negative impact it is having on livelihoods.

These concerns come on the heels of Wednesday’s exchange of gunshots that led to the death of one person and injuries to five others, three of whom are military officers.

Earlier in the week, one person was killed after he was also gunned down.

“I must be honest, the situation in Bawku is very scary. The display of ammunitions and guns is becoming serious. Bawku is seriously crashing down. Education is completely being destroyed. Nurses are fleeing. Residents are running away.”

“This is the situation we find ourselves in now and I am appealing to the President and the Vice President to inform the National Security that the matter is becoming more serious and that we need central government intervention. There is the need for them to look at the central issues in Bawku for the security situation to improve“,  the MCE said on Eyewitness News.

Amadu Hamza argued that although efforts have been made in the past to address the clashes in the township, that hasn’t yielded the needed results.

He is thus of a strong conviction the instability in Bawku and its environs is more of spiritual other than a human problem.

“It is a crisis situation, but I want to thank the security agencies for what they have done so far. Right now, what I want residents of Bawku and citizens of Ghana to do is to commit us in their prayers. We need nothing but prayers. God should answer our prayers. He is the only one who can solve our issues because they are beyond human interventions.”

Recent tensions in Bawku led to the arrest of 18 suspects in the area following the killing of a horse trader at Gozezi.

The tensions can be traced to December 27, 2021, when there was gunfire in parts of the town after attempts to perform the final funeral rites of a Chief who died about 41 years ago.

The violence resulted in a curfew being placed on the entire township, a ban on smock-wearing, and a ban on the use of motorbikes.

The government has said it is engaging the National Peace Council to find a lasting solution to the disturbances that have characterized Bawku in the past few months.

President Nana Addo Dankwa Akufo-Addo had urged the feuding factions in the Bawku chieftaincy dispute to ceasefire and dialogue.