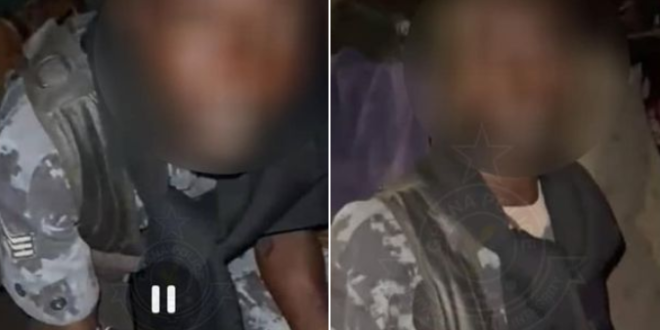 The Police Administration has interdicted Sgt Isaac Nii Sowah, stationed at the Accra Regional Police Command, who was captured in uniform smoking a substance suspected to be a narcotic drug.

Police have said the investigation into the incident is ongoing, and the Sergeant will be taken through the necessary disciplinary and legal action.

In addition, he would be given the necessary psycho-social support in line with the new strategic police welfare policy, the police added.

In another development, an armed robber who was arrested by the Police at Sefwi Nketieso in the Western Region has been handed a 16-year jail term by the court.

The convict, Isaac Addae, on May 29, 2022, visited his victim, a gold buyer, under the pretext of selling him some gold.

When the victim took him to his room to weigh the said gold, Isaac Addae pulled out a knife, stabbed him, robbed him of an amount of GH¢15,000.00 and a mobile phone.

On June 9, 2022, he was given 16 years imprisonment in hard labour by the court after he pleaded guilty to the charges brought against him.