Breaking News
Home / NEWS / Police assault: You can defend yourself by law, but be careful – Legal practitioner 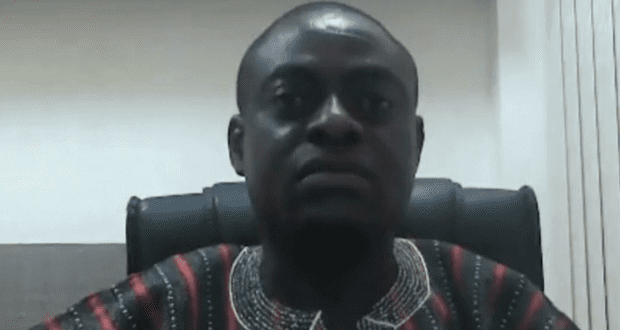 Police assault: You can defend yourself by law, but be careful – Legal practitioner

Private legal practitioner, Justin Pwavra Terwaja, says it is unlawful for Police officers to assault a member of the general public during an arrest, especially when the suspect has succumbed.

However, should a citizen find him or herself in such an unfortunate circumstance, he explained that per the 1992 Constitution, one is entitled to self-defense. However, he warned that such an approach could be fatal.

He added; “If they are in their numbers and you try to resist and hit back, then you may get more than you are bargaining for. If they jump on you, you may be for life.

To ensure the matter ends in an amicable manner, he urged citizens to rather “comply, talk to him, use your words to make him behave properly.”

According to Justin Pwavra Terwaja, informing law enforcers exactly how much you are abreast of the law and your rights, is just what is needed to prevent further brutality.

In his words, “You should try to remind them any time they try to misbehave, when they are stepping out of bounds, as soon as possible let them know you know your rights. It is about telling them they can’t do that, it is contrary to the rules and there will be consequences if they proceed that way. It makes a lot of them sit up.”

His comments come in response to a situation in Tamale where some security officers assaulted a number of residents during an arrest. The residents were said to have been using electric power illegally.

In a video sighted by JoyNews, the officers are seen whipping individuals who had been handcuffed.

Discussing how victims of Police assault can obtain justice with host, Samson Lardy Anyenini on Sunday, he intimated that Ghanaians could lodge a formal complaint at the Police Intelligence and Professional Standards Bureau (PIPSB).

Ghanaians who reside in the Greater Accra Region can locate the Intelligence Bureau at Asylum down in Accra. Such institutions, he noted can be located in all regions in the country.

Following his submission, some viewers who phoned-in during the show raised concerns over possible partiality by PIPSB due to its affiliation to the Ghana Police Service.

In response, Justin Pwavra Terwaja admitted to the possibility of prejudice.

This he said, “is very legitimate concern. In our police intelligence and professional standards bureau, it is part of the police system. It is the IGP who appoints who is head of that unit. They fraternize with the members of the service. So imagine someone who worked with a police colleague, very close, then later he is posted to that unit and he has to turn round and investigate his friend. It becomes a bit problematic.”

According to him, in other countries, such an institution is divorced from the Police Service and employs the services of ex-service men who have a clean record to ensure their independence in the running of their duties.

When asked if Ghana should adopt such a system, he replied saying; “Very much so, because then, it will be a very independent organisation that exists to police the police. So in Ghana, we still have a long way to go.”