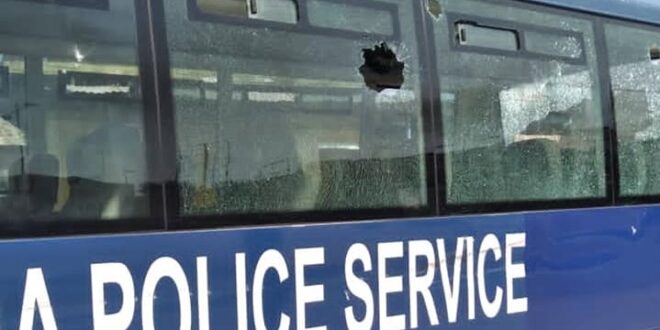 The Ghana Police Service says 12 police officers sustained various degrees of injuries on Tuesday when they were pelted with stones by demonstrators organised by Arise Ghana.

According to the police, the injured were initially treated in Police Mobile Hospitals and have since been transferred to the Police Hospital for further treatment.

In a statement issued by the police, the security agency said some police vehicles were damaged.

The police said the clash resulted from the refusal of the demonstrators to use court approved routes for the protest, while the police resisted the detour.

Arise Ghana is leading a two-day demonstration Tuesday and Wednesday to protest economic hardships in the country.

What do the demonstrators want?
Arise Ghana says the two-day demonstration will seek to;

Below is the police statement in full