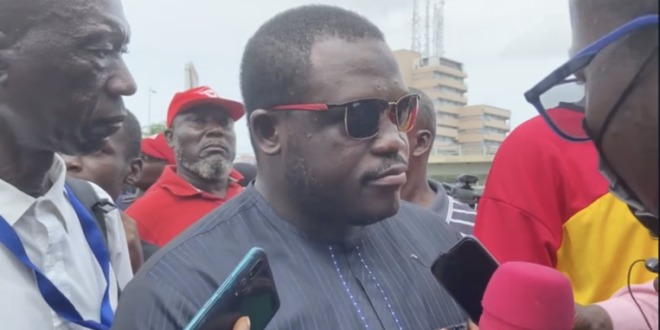 The Ningo-Prampram MP has intimated that the two leading political parties in the country cannot be compared to each other in terms of achievements.

Sam Dzata George insists that comparing the National Democratic Congress (NDC) to the New Patriotic Party (NPP) is a mismatch.

According to him, even though, the NDC did not perform well in government, the NPP has been worse.

The outspoken lawmaker maintained that the Akufo-Addo administration inherited an economy where the price of fuel was cheaper but prices have now skyrocketed.

“The NDC didn’t do perfect in government. We didn’t get it all right but when you compare the NDC to the NPP, it’s like comparing light and darkness. Yes, the NDC didn’t do well, they say but we handed over an economy where fuel was selling at GHS4.00 but the guy who says he can do better is now selling it at over GH12.00. So, who is doing better?,” he quizzed.

A pressure group, Arise Ghana, and its allies are protesting against worsening economic conditions in the country.

It ruled against the protest running into the night.

The protesters are challenging this and had planned to start the demonstrations at midday instead of the 8 am proposed by the Court.

Meanwhile, the Inspector General of Police, Dr. George Akuffo Dampare, has asked the officers deployed to provide security for the demonstrators to treat them with respect and dignity.