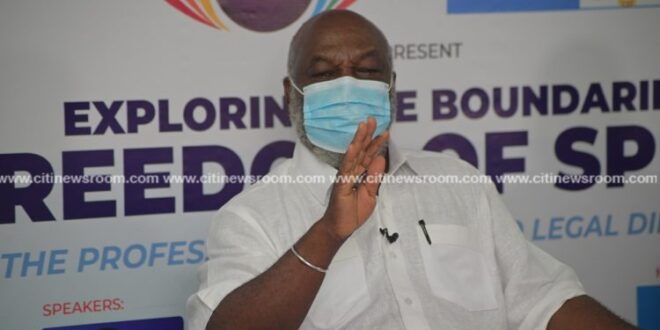 Prof. Kwame Karikari, the former Executive Director of the Media Foundation for West Africa (MFWA), says partisan media cannot be considered to be practicing journalism professionally and so cannot be be judged using professional journalism standards.

He said professional standards in journalism require that one is independent, non-partisan and non-sectorial, therefore partisan media cannot be said to be practicing journalism.

Prof. Karikari made the comment at a Citi TV roundtable on freedom of speech in Accra on Friday.

“The media owners must define the character of their media organizations so that we know that they are sectoral and partisan and we will not demand those kind of professional standards from them,” he said.

He said that partisan media is focused on promoting propaganda and their work is intended to win people over to their groups.

Prof. Karikari indicated that partisan media have often been those responsible for most of the infractions to the professional standards of journalism.

“It’s the few bad nuts in the media who are creating the problem in the industry… The test of professional journalism is whether or not what the journalism is in the public interest or not,” he said.

He further called for media literacy among the public to be able to discern and determine media houses that are non-partisan and those that are.

“Media literacy is necessary in educating the public about these issues so that when they tune in, they can determine if it is political party propaganda or in the public interest.”