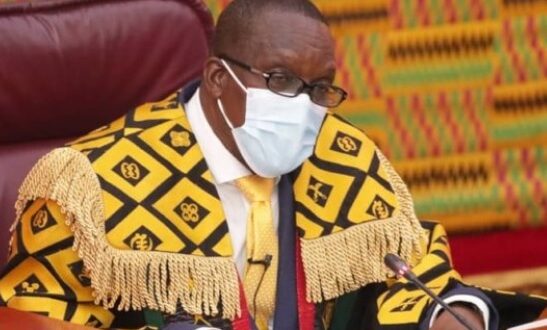 The Office of the Speaker of Parliament, Rt. Hon. Alban S.K. Bagbin, has denied a news publication alleging that members of the Parliamentary Service Board (PSB) had held a board meeting in Dubai at the instance of the Speaker.

It explained that the PSB rather participated in an international workshop and team building exercise by the Crown Agents in Dubai.

“It is worth noting that arrangement for the workshop predated the Speaker of Parliament’s medical trip to Dubai. It was initially planned for April 2021 and was finally held in September 2021. It had to be postponed a couple of times due to time constraints and availability of members of the PSB. Consequently, the workshop and the Speaker’s medical trip had nothing in common.

“We entreat all well-meaning Ghanaians to disregard this misleading publication, which only seeks to traduce the Rt.Hon. Speaker’s character by negatively projecting him and the Parliamentary Service Board.”

The Speaker recently undertook a two-week trip to Dubai to seek medical care – from November 27 to December 14.