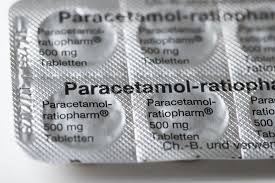 According to some historical records, paracetamol has been in existence since 1852. It is an analgesic or painkiller used for the treatment of fever, common cold, headache, and mild to moderate muscle pain, arthritis, toothache etc.

Paracetamol is thus an ingredient in a wide range of cold and flu remedies. However, it only reduces body temperature slightly.

Arguably, paracetamol has become the most abused painkiller in Ghana. Most people take this medication upon experiencing the slightest pain or headache.

Just tell friends that you have a headache and what they will prescribe you take will be paracetamol.

This medication comes in the form of chewable tablets or swallowable caplets, soluble or effervescent tablets, suppositories, capsules, syrup/liquid and intravascular injections (intravenous).

It is clinically recommended for adults to take a maximum of four doses of paracetamol (up to eight of the 500mg tablets) within 24 hours either before or after meals.

It is taken four-hourly on average. Clinical evidence points to the fact that an overdose of paracetamol causes severe liver and kidney damage.

As such, this and other medications must be taken as prescribed by a clinician.

In children, paracetamol is administered based on some factors such as the child’s age, weight etc. .

Accordingly, the recommended dose for children varies with their age and body weight. Advisedly, therefore, the medication must be prescribed and administered to children under a clinician guidance.

Those who self-medicate paracetamol to treat headache must be informed through this article that headache can be classified as a constitutional symptom.

Suffice it to say that a constitutional symptom refers to a manifestation indicating a systemic or general effect of a disease and that may affect the general well-being or status of an individual.

This is because headache does not have only one specific cause; it may be attributed to several causes including, but not limited to high blood pressure, migraine, stress, muscular tension, dental problems, hormonal imbalance, and eye problems.

It is, therefore, wrong to be taking paracetamol with the emergence of the slightest headache without knowing the cause of the headache. Most people do not even follow any prescribed doses of paracetamol. .

They take two tablets and once the headache subsides, they stop taking the medication. They think about paracetamol again only when another headache or bodily pain sets in. .

As if self-medicating paracetamol is not enough, some Ghanaians administer the tablets to themselves without water while others even take paracetamol tablets with alcoholic drinks, especially akpeteshie. .

Taking paracetamol with akpeteshie rather than with water is an alarming practice because it can be harmful to the liver, but some people do this regardless of the consequences. Arguably, alcohol with paracetamol may lead faster to alcoholic liver disease. Ideally, paracetamol should not be taken with other medications already containing paracetamol because this may also lead to paracetamol overdose with its negative ramifications for the liver and other bodily organs..

One of the functions of the liver is that it regulates most chemical levels in the blood and excretes bile to carry away waste products from the liver. Accordingly, the liver clears excess drugs and poisonous substances from the blood.

Perhaps what makes paracetamol very common is that it is widely available on the market, and it is produced or vended by many pharmaceutical companies under various brand names such as panadol, entramol, novadol etc.

It is sold over the counter by both chemical shops and pharmacies, and one does not need a physician’s prescription to buy some for use. Even in the US, Europe and Asia, paracetamol is a common medication for pain and fever.

Perhaps what many people do not know is that almost every medication, including paracetamol, has side effects, even though rare. In rare cases, a serious allergic reaction (anaphylaxis) to paracetamol may occur. .

Paracetamol overdose may lead to toxicity including liver failure. Gastrointestinal adverse effects such as nausea and abdominal pain are also common in some people.

To this end, I advise that people should avoid self-medication and paracetamol should not be taken for every pain or headache without first establishing the chief cause of the pain or headache. As pointed out earlier, pain or headache may be due to different causative factors.

I equally advise that people should use water instead of alcohol in taking oral paracetamol.

The writer is a Health Service Administrator.