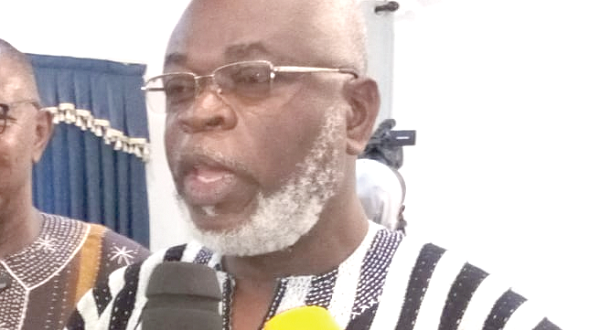 The Public Accounts Committee (PAC) of Parliament has referred more than 100 public institutions in six regions to the Ghana Police Service for investigations towards prosecution.

According to the committee, the institutions had breached some procurement laws flagged by the 2018 Auditor-General’s report.

The institutions include universities and district and municipal assemblies in the Bono, Northern, North East, Savannah, Upper West and Upper East regions.

At the opening of the committee’s sitting in Sunyani in the Bono Region last Monday, its Chairman, Dr James Klutse Avedzi, said it was determined to refer institutions for prosecution, especially when it came to procurement irregularities.

“In the five northern regions, we have a number of institutions that we are referring for prosecution. Here in Sunyani, we will do the same thing. By the time we finish with the whole country, we will have a tall list of candidates for prosecution,” he stated.

He said in the past, the committee used a system in which it advised entities that breached the Auditor-General’s report to go back to do the right thing.

However, Dr Avedzi said, it had realised that those pieces of advice were not being taken seriously, so it had begun to apply the law.

“It is not the committee that is going to prosecute them; we will recommend to the Attorney-General and police to take up the prosecution mandate,” he said.

He explained that those who would be found culpable would be made to face the law, saying that for procurement issues, one could be jailed for five years or fined a maximum of GH¢30,000 or both.

“When the Attorney-General begins to prosecute them and some of them are jailed, it will serve as a deterrent for others,” Dr Avedzi stated.

The PAC sitting in Sunyani, which started last Monday, is expected to end on Saturday, April 30, 2022.

It is considering the report of the Auditor-General on technical universities, second-cycle institutions and assemblies in the Bono, Bono East, Ahafo and Ashanti regions, covering the period ended December 31, 2018.

At the first sitting, it cited issues such as the collection of unapproved school fees from students in second-cycle institutions, unaccounted items and money, among other financial irregularities.

Interacting with the media on the sidelines of the PAC sitting in Sunyani, a member of the committee, Mr Rockson-Nelson Dafeamekpor, said when the committee concluded sittings last year, it gave a strong warning to institutions that this year it would start prosecuting institutions flagged in the Auditor-General’s report.

“After the conclusion of our first zonal meeting in the northern sector in Tamale, which lasted from 18th to 23rd April, we found over 100 cases, being instances of procurement infractions concerning all the assemblies and some educational institutions in the five northern regions,” he stated.

Mr Dafeamekpor, who is the Member of Parliament (MP) for South Dayi, said there were a lot of procurement infractions that the Auditor-General had flagged in the report the committee was considering.

He said the committee had no power to prosecute but had the power to refer matters to appropriate institutions for further investigations and prosecution.

The South Dayi MP said the committee had introduced prosecution to make public officials be serious about their work.

He said the committee had secured police support and readiness to take up investigations and the prosecution role.

He said regional ministers had also been informed of the new development in order for them not to be taken by surprise.