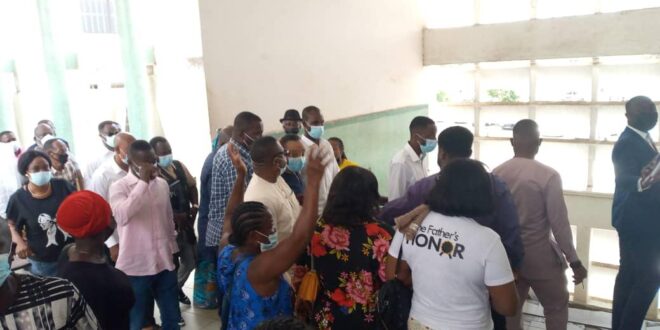 Journalists assigned to cover Rev Isaac Owusu Bempah’s case at the Accra Circuit Court on Monday morning were ejected by some police personnel when the pastor, who has been charged for threatening to kill Patricia Oduro Koranteng, aka Nana Agradaa arrived at the court.

Several other journalists who followed Rev. Owusu Bempah to the court were denied entry even after showing the policemen their ID cards bearing their names and the media house they worked with.

“They are both reporters, sack all of them,” one of the plain clothed policemen instructed the heavily armed policemen who escorted the accused persons to court. 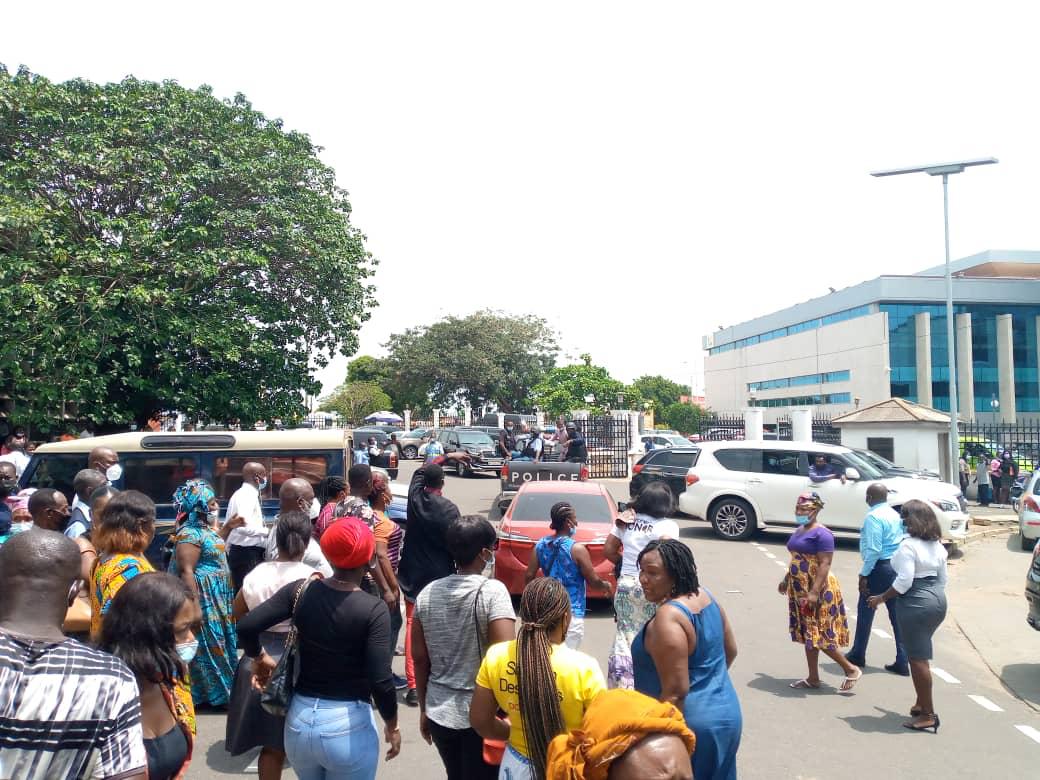 No specific reason was given to the journalists.

After the proceedings, journalists who were taking footage of the accused persons were also threatened by sympathisers and members of the Glorious Word and Power Ministries where Rev Owusu Bempah is the head pastor.

While some sympathisers poured water on the journalists, others smashed the camera and mobile phones of journalists taking videos of the accused persons.

The Accra Circuit Court on Monday refused bail to Rev Isaac Owusu Bempah, and five members of his church who have been charged with threatening to kill Patricia Oduro Koranteng aka Nana Agradaa.

The court, presided by Ms Afia Owusu Appiah, accordingly remanded the five accused persons into police custody to reappear in September 20, this year.

According to the court, the police only arrested the accused persons Sunday and therefore it would be prudent to remand them to allow the police more time for investigations.

The five accused persons had earlier pleaded not guilty to offensive conduct conducive to the breach of peace , threat of death and assault of of public officers.

Prosecutors have accused Rev Owusu Bempah of storming the house of Nana Agradaa with over 40 macho men amidst threats to beat and kill her.

The prosecution said Nana Agradaa reported the matter to the police, and the police invited Rev Owusu Bempah, but he refused the invitation.

According to the prosecution, the police then proceeded to the church premises of Rev Owusu Bempah to effect his arrest, but his church members assaulted the police officers.