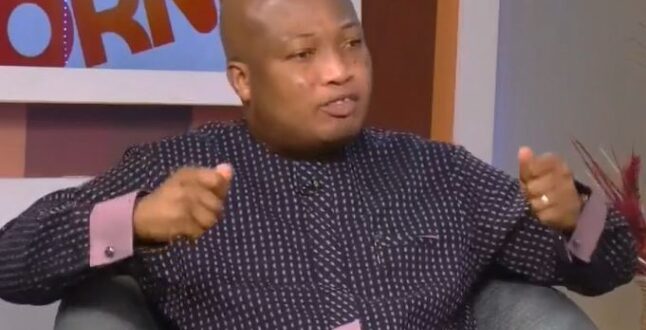 The North Tongu MP, Samuel Okudzeto Ablakwa, says government has failed to compensate property owners whose structures were demolished to make way for the National Cathedral.

He said in an interview on Joy FM’s Top Story on Wednesday that the government has refused to give them their compensation after four years.

“The private developers whose properties were demolished have not been compensated.”

According to him, what makes the “scandal worrying is that there have been massive withdrawals from the consolidated fund; as we have indicated, this is about GHS 200 million.”

He added that despite the withdrawals from the fund, contractors have not been paid, and progress on the National Cathedral has been suspended for more than three months.

Mr Ablakwa, therefore, questioned where the monies have been channeled to.

“So I was thinking as many Ghanaians would have thought, that if the money withdrawn has not gone into the project, and contractors have suspended work for non-payment perhaps it has gone into compensating …it is shocking to realise that all these sums of money withdrawn are unconstitutional .. you have these private developers who have not received any compensation,” he said.

According to him, the people can’t access the property they were given by the Lands Commission after 2 years.

The government’s unwillingness to meet its debt obligations, according to Mr. Ablakwa, has forced the affected entities to seek justice in court.

He claimed that the property or land that the Lands Commission gave out had occupants, who were National Security personnel, and they were unwilling to vacate the land.