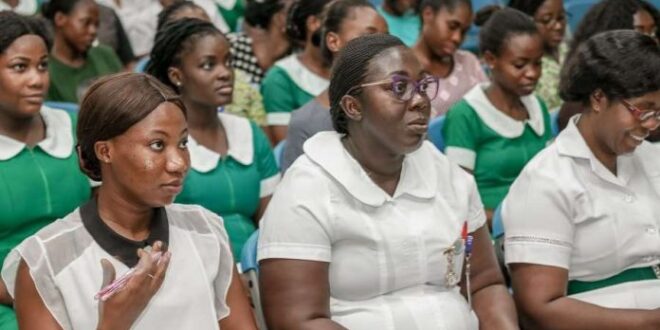 The Ghana Nurses and Midwives Trainees Association has hinted of a nationwide demonstration should the government refuse to pay them their nine-months allowance which is in arrears.

To this end, the Association has issued a ten day ultimatum to the government to settle all nine-months arrears.

The National Vice President of the Association, Shadrach Kyei Adu-Gyamfi in an interview with GBC News said, all attempts to get the government and the Health Ministry to pay them have yielded no results hence their current decision.

According to Mr. Adu-Gyamfi, the non-payment of the allowance continues to negatively impact  members.

“Non-payment affects the psychology of trainees,” he opined.