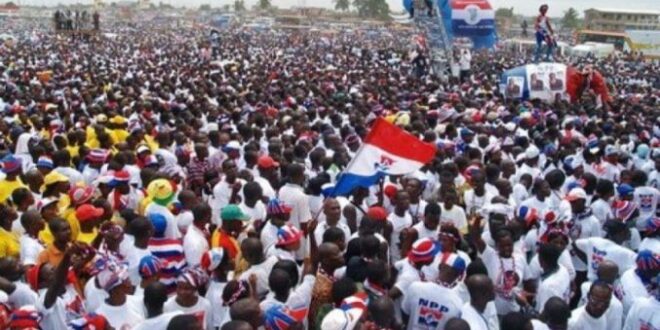 The New Patriotic Party (NPP) has deferred its constitutional amendments scheduled to take place at the National Delegates Conference in Kumasi.

The Party did not conclude on the proposed amendments, which was the main agenda for the annual Conference.

The Alexander Afenyo-Markin-led Constitution Review Committee was presented with over 90 proposed amendments, but the 11-member body settled on 38 for consideration of the delegates.

According to JoyNews’ Presidential Correspondent, Elton Brobbey, the Party has decided to refer the shortlisted amendments to the NPP Council of Elders for advice on the way forward.

Key among the 38 is a proposal to elect a presidential candidate two years before a major election.

Currently, the Party elects its Presidential candidate two years before General Elections if the Party is in opposition and a year when it is in power.

Some party members believe the current arrangement makes it difficult for a new candidate to mend bridges and heal the wounds of other aspirants before the election, while others insist the status quo remains unchanged.

The expansion of the Electoral College and holding early Congress to elect Party Executives are among the proposed constitutional amendments on the table.

Article 10(2) sub-section one of the NPP Constitution makes provisions for holding an annual delegates conference which shall be the supreme decision-making body for the Party.

But Chairman of the Constitution Review Committee, Afenyo-Markin, said that after consultations, they believe that the proposed amendments should be referred to the Council of Elders, where sponsors of the modifications may be invited to advance their case.

Also, speaking to JoyNews’ Erastus Asare Donkor, NPP National Organiser, Sammi Awuku, claimed that there was a motion for the proposed amendment to be put on hold for further deliberations.

It is unclear when the Council of Elders will also complete their works on the proposed amendments for the National Delegate Conference.

Meanwhile, the NPP is expected to hold internal elections between January and June 2022 to elect executives from the ward to the national level.