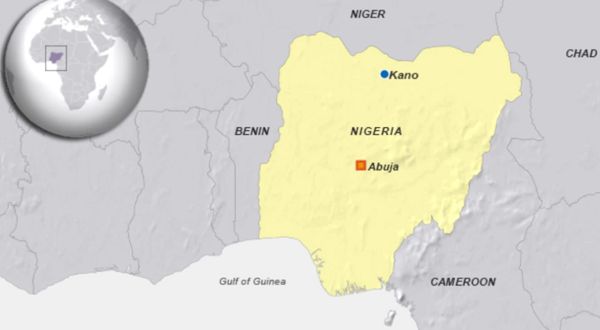 A college in the northwestern Nigerian state of Sokoto has been indefinitely shut after a female student in the school was killed over alleged blasphemy.

The yet-to-be-identified student was accused of insulting the Prophet Muhammad, which led to a mobbing that resulted in her death on Thursday, according to reports from local media. Her body was also allegedly burned afterwards within the school premises.

Nigerian police say two suspects have been arrested in connection with the killing.

Sokoto state’s Governor Aminu Tambuwal ordered the closure of the school and directed the Ministry of Higher Education and relevant security agencies to investigate the incident. This came after outrage on social media against the killing, the state’s Commissioner of Information Isa Bajini Galadanchi told reporters.

“The governor has called on the people of the state to remain calm and maintain peace as the government would take appropriate actions on the investigation findings,” Bajini said.

The school’s management described the incident as an “early morning students rampage” in a circular dated May 12 and directed all students to “vacate the college campus immediately”.

Nigerians are using Twitter to protest the killing, calling on the government to ensure that justice was served.

“Murderers of Christian woman in Sokoto must be arrested & punished!” Farooq Kperogi, a journalism professor at Kennesaw State University, said in a tweet.

“Sadly, this sort of consequence-free murder of people in the name of avenging “blasphemy” has been going on for far too long in the North. This must stop! The monsters in that video are easily identifiable. The Sokoto State government must immediately apprehend them and make an example of them. If that doesn’t happen, this kind of murderous barbarism will continue,” he added.

Popular human rights activist Aisha Yesufu, herself a Muslim, also condemned the act saying “no one has the right in anyway whatsoever to kill another”.

Cases of mob attacks against alleged blasphemy happen intermittently in Nigeria, as “many Shariah laws in northern Nigeria continue to criminalise blasphemy and result in harsh punishments for blasphemers,” according to the United States Commission on International Religious Freedom.

The north of Nigeria, Africa’s most populous country, is majority Muslim while the south is predominantly Christian.

The country’s Criminal Code prohibits any act that publicly insults any religion and stipulates a prison sentence of up to two years, while there are Islamic laws against blasphemy by sharia courts in 12 northern states.

The latter are “exclusively concerned with actions considered insulting to Muslims, the punishment for which can be as severe as execution”, according to the Berkley Center for Religion, Peace, and World Affairs at Georgetown University.

“Most blasphemy accusations are made by Muslims against Christians and frequently trigger mob violence before any official actions like police arrests and judicial trials can be taken. Blasphemy is thus primarily a driver of sectarian violence rather than legal proceedings in the Nigerian context,” the Berkley Center said.

In April, a Nigerian court sentenced an atheist to 24 years in prison for making social media posts considered blasphemous against Islam. Mubarak Bala, a former Muslim, was sentenced after pleading guilty following a lengthy trial during which he spent nearly two years in prison.

In 2020, a sharia court sentenced Yahaya Sharif-Aminu, a 22-year-old Muslim gospel musician, to death for committing blasphemy in a series of private WhatsApp messages.